Artist History
The sound profile of electronic pop trio 46bliss is best understood as an entrancing potion that opens you up, enhances your senses and releases you into the world with fresh eyes. Their music has been compared to everyone from Air to Zero7. Not content to merely produce soothing, low-impact electronica, the creative minds behind 46bliss (whose name was inspired by an obscure NYC subway stop) simultaneously address the themes of modern life while transporting you far away from them. Drawing upon a rich folkloric tradition and influenced by a myriad of performers from The Moody Blues and Patti Smith to Aphex Twin, their songs are sonically progressive but rooted in a phantasmagorical sense of the poetic. The voluptuous alto voice of Clare Veniot gives way to a satiny upper register that feels timeless in its simplicity, providing a perfect balance to the technological mastery of vocalist, programmer and keyboardist David Cooper and electronic drummer Jack Freudenheim, creator of ambient music software Sounder.

Wish Me Away is the bands third self-produced release. It pushes the envelope of electronic pop music, exploring ancient themes of spirituality and death. The new tracks range from the sweeping synth-based triplety "Joan of Arc", to the almost operatic yet dance-inducing ode to robotic love, "2B1", while the summer-of-love-style anthem "Na Na Na" trades off into the wistful and haunting Wish Me Away and the mournful yet uplifting "All Over Now".

Maybe what makes their collaboration such a successful marriage of talent and inspiration is the fact that each band member hails from such far-flung worlds. Clare grew up in an idyllic seaside community on the shores of eastern Canada; Jack was living with his family in France before moving back to the States to study Indian music at Wesleyan University (and was introduced to the band through Derek Sivers, the future creator of CD Baby); David attended the prestigious Berklee College of Music in Boston before moving to NYC. Technology enables a persistently long-distance partnership, with one bass player sending his part from a computer in France, and Jack emailing his mixes from a laptop on the Metro-North somewhere in upstate New York.

46bliss is best known for their contribution to the soundtracks of Veronica Mars and CSI-NY, their singles "The Way You Are" and "Desire Give Way" both made waves on Internet pop charts and the press took notice. Billboard magazine called their music hypnotic, an engaging melange of percolating rhythms, taut melodies and poetic lyrics." Their ingenious remix of Mahalia Jackson crooning "Silent Night" was included on Christmas Remixed Vol. 2 (Six Degrees Records) and covered in a front-page article in the Washington Post. A haunting track from their repertoire, "In A Long Time," was a winner in The International Songwriting Competition in 2004. 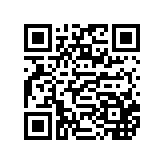 » STATS
Visits: 6,512
Plays: 8
Streams: 8
Downloads: 0
About Us | Contact Us | Legal Stuff | Business Partners
Support - support@radioindy.com
Copyright © 2006 MikVacch Enterprises, LLC. | Design by Oinkba
Rhapsody is a Registered Trademark of Real Networks. All Rights Reserved.
MySpace is a Registered Trademark of MySpace.com. All Rights Reserved.
Napster and the Napster logos are trademarks or registered trademarks of Napster, LLC.