Artist History
ABOUT THE ARTIST


Cameron Smith was born and raised in Beaufort, SC. He grew up in a family of classically trained pianists. Although he listens to, and performs many styles of music, his roots are firmly planted in Rock & Roll.

He started piano lessons at age nine, but grew bored and quit after six months. A year later, the drum set caught his attention (and the neighbors too). He started out on a $20.00 Sears kit before graduating to a professional Pearl drum set, eventually settling down with a 5-piece professional Ludwig drum set.

With no formal training, by the age of 18, he was performing with the top bands and musicians in Beaufort County. They included Little Jesse, Joshua Foxx, Pegasus, Tight Squeeze, Snazzy Red, and The Jones', among the more prominent names.

In 1983, he relocated to Miami, FL, one of the recording capitals of the US. But he was disappointed to find few outlets for rock musicians to play. He told me "It was kind of like being in Hollywood where they make the movies, but with no movie theaters to watch them in".

So he entered the world of sales and management, which he had studied in college, while continuing to perform occasionally. But after many years, he grew disillusioned with that scene as well, and decided to try his hand at writing an original, "Theme-Based, Rock & Roll Album" based upon his experiences.

As the Millennium approached, it became more and more apparent to Cameron that location was not nearly as important as it used to be for a recording musician. With all the advances in the Internet, and the vast improvement and availability of studio recording gear, with enough talent, you can put it all together virtually anywhere on the globe.

Tired of living in a large city, 20 years after he left, he moved back home to Beaufort to complete his first album, and begin the second one.

Upon his return, he was recruited for another stint with the Joshua Foxx Band (it was originally formed in 1973, and continues to this day) while continuing to compose and record his album.

After leaving Joshua Foxx, he reunited with the Classic Rock band, Snazzy Red in 2006, a group uniquely suited for his dazzling style of "Power Drumming"!

And Cameron also told me, "There were some local "Stars" as well that were just as influential as the famous ones--Like Ron "Ruey" Ray on guitar, Bill "Slide Guitar" Luebke, and Greg "Monster Sticks" Gresham. Legend has it Greg ferociously pounded the drums with baseball bats!.

"Ron and Bill (they were a really hot guitar combo) can both be seen on the 1982 Joshua Foxx photograph on the Photos Page. Bill is sitting on the far right (yes, that is me on the far left), and Ron, "The Bearded One", towering above everyone, in the upper middle. "Ron, have you gotten back to the IRS concerning your 82 tax return yet"???

I learned a lot from them. Thanks guys".

Vintage Roger's Drums, a beautiful, glossy Pearl White, 5-piece set, circa 1978, that can be seen on the Photo's page, for performing live and Studio Recording.

A 5-piece Remo "Legato" Drum set for rehearsal, some live performances (can be heard on the Elvis Tribute), and some Studio Recording. 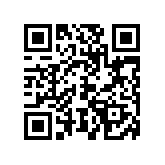 » STATS
Visits: 3,119
Plays: 106
Streams: 43
Downloads: 63
About Us | Contact Us | Legal Stuff | Business Partners
Support - support@radioindy.com
Copyright © 2006 MikVacch Enterprises, LLC. | Design by Oinkba
Rhapsody is a Registered Trademark of Real Networks. All Rights Reserved.
MySpace is a Registered Trademark of MySpace.com. All Rights Reserved.
Napster and the Napster logos are trademarks or registered trademarks of Napster, LLC.