"You have a big mouth, why don't you become a lawyer?"

That was the career advice given to 12-year-old Debra Gussin by her mother.

Though Debra's career would lead her on a journey through television production, music was always along for the ride.

After working as a Production Assistant on the feature film, "Year of the Dragon," starring Mickey Rourke, she landed at ABC's Wide World of Sports. When the NYC Marathon telecast was being planned, Debra suggested asking Barry Manilow to participate in the show.

"The majority of the marathon was run through Brooklyn, and Barry's from Brooklyn, so it made perfect sense to me!"

As luck would have it, Manilow was working on a new album, and had just written the song "Brooklyn Blues." Debra flew to Los Angeles with a director to shoot a music video with Barry for the Marathon telecast. When his album came out a few months later, the song was released as a single, and the video lived a second life on VH-1.

Debra continued her television career in L.A., working her way up the ladder on numerous programs and genres, from daytime to primetime, cable to network.

While working on the launch of the National Geographic Channel, one of Debra's colleagues introduced her to Manilow's longtime lyricist, Marty Panzer. That life-changing moment unexpectedly launched her into the wide world of songwriting.

"I enrolled in Marty's Master Class for lyric writing at UCLA Extension. I didn't know the first thing about writing lyrics, and there I was in a Master Class with all of these experienced songwriters.

I just kept listening to Marty, studying his words, and with his guidance, I wrote a great lyric. From that point on, I was hooked."

When the semester ended, Marty encouraged Debra to continue writing. A year later she took his class again, and won the first Concord Records & Barry Manilow Scholarship for Writing Lyrics that Succeed and Endure.

After winning two more scholarships, Debra was honored with the first and only Lifetime Barry Manilow Scholarship Award in 2006.

"I would not be writing one word if not for Marty Panzer. He's at the heart of every lyric I write. On the music side, composer Don Grady is the soul. When Don wrote the music to my first song, he turned me from a lyricist into a songwriter. There was no going back.

I'm so privileged to have the support of these two inspiring talents. They are equally gifted at being human, and I am blessed that they believe in me the way they do."

Marty and Don's participation in a benefit for the Academy for New Musical Theatre served as Debra's introduction to writing for musicals. It wasn't long before she enrolled in the workshop.

In the middle of her first year at ANMT, Debra took a sabbatical from her television career, and left the "Dr. Phil" show to focus on songwriting full time.

One highlight came when Barry Manilow visited Panzer's class, and reviewed a lyric that Debra wrote.

"After a lifetime of listening to Barry's music, it was a real thrill to have a conversation with him about my lyric, and an even bigger thrill that he reacted so positively to the song."

Debra was one of only five people at the ASCAP Expo to be selected for a one-on-one meeting with Academy Award-winning songwriter, Paul Williams. His generous enthusiasm for her lyrics encouraged her even further.

In 2007, Debra was named Suggested Artist by Song of the Year, reached the Top 12 at the Lyric Writer Awards, and was a Semi-Finalist in the UK Songwriting Contest, Pop category.

Her song, Our Love Will Never End, a duet written with Don Grady, won First Place in the Unisong International Songwriting Contest, Broadway/Cabaret category, beating out over 350 entries worldwide. The song also received an Honor Award from the Great American Song Contest, as well as Honorable Mention in the Billboard World Song Contest.

Currently, Debra has been working with Grady on BOOMER, an exciting collection of jazz/rock/pop songs written for and about the baby boomer generation. BOOMER: JazRokPop, the first in a series of EP's, was recently released on JazRokPop Records.

On the musical theatre front, THE DEPENDENTS, a short musical for which Debra wrote the lyrics, was produced Off-Broadway in the summer of 2008 as part of an international musicals festival in New York.

She is proud to be serving her third consecutive term on the Board of Directors of the Academy for New Musical Theatre. While continuing to write songs for the wide world of pop, Debra is also writing lyrics for the full-length musical, PAYOLA, a rock 'n roll musical set in the late '50's.

"One of the reasons I became a songwriter, and not a lawyer, is that law is about 'right and wrong,' 'black and white.' Songwriting is about all the shades in between. I like shades." 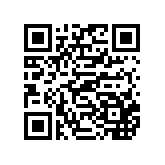 » STATS
Visits: 3,640
Plays: 12
Streams: 12
Downloads: 0
About Us | Contact Us | Legal Stuff | Business Partners
Support - support@radioindy.com
Copyright © 2006 MikVacch Enterprises, LLC. | Design by Oinkba
Rhapsody is a Registered Trademark of Real Networks. All Rights Reserved.
MySpace is a Registered Trademark of MySpace.com. All Rights Reserved.
Napster and the Napster logos are trademarks or registered trademarks of Napster, LLC.