We started out as a group of guys who went to work and school together learning simple cover songs in my parent’s basement in October of 2010.  The band got together every Saturday night that fall, but as time went on we started realizing that we could write some pretty solid original material. That was when we decided to get serious and start dedicating every minute we could to making this band work.

Our music can be described as Pop Rock; although we like to describe it as fun. We write songs that people can get stuck in their heads, songs that people can have fun listening to.  Whenever we play live we always make it our number one goal to get the crowd involved as much as possible whether it be something as simple as having someone come up on stage and be the lead singer for a song, or as incredible as getting the entire crowd to chant the “Oh’s” on the chorus for our song “Making It.”

Watching the audience become a part of the band is one of the coolest things we have experienced since becoming a band and it is one of the main reasons we keep driving for success.

Right now we are still a small town band trying to figure out how to make it in the music world, but bands such as Weezer, Fountains of Wayne, and Motion City Soundtrack are bands that have not only influenced us in how we write and play music, but have also given us hope that we can do this with a lot of heart and a little bit of luck. Our main goal as a band is to achieve the success that those bands have, but we also want to stay true to ourselves and be happy with what we are sending out to the masses.

As of right now, we have played numerous shows around the Fox Valley area. We have also recorded a 4 song EP with Tony Anders of the band Verona Grove and Benjamin Picker of the band A City Alive. We have also recorded a song with award winning producer Marc Golde which we’ve also made a music video for. We have won several Battle of the Bands Competitions around the state and have even had one of our songs on the daily play list for a radio station based in Oshkosh, Wisconsin. With all this success we feel we can really do something big for not only ourselves, but for people and fans in general. 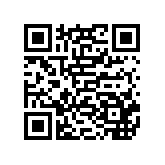