W.Z. Burkhead jr. M.D. is an orthopedic surgeon specializing in shoulder surgery who lives in Dallas Texas. Born in Houston in 1952 he is a musical dyslexic singer song writer whose father sold the family piano when he was 9 to avoid hearing him practice. His rock band dedenzs disbanded for artistic reasons shortly after their disastrous debut performance at the T.H. Rogers Junior High High 9th grade (with an emphasis on the high) dance. He grew up 5 blocks from a kid named Bill Gibbons in the upperclass Ghetto of Tanglewood. He could never make his guitar or amp sound like Bills so,discouraged quit playing guitar in the ninth grade. He didn't realize that he was comparing himself to someone who would become a rock legend (ZZTop) A 1974 graduate of Southern Methodist University, Dr Burkhead attended University of Texas Medical branch in Galveston. It was during his first year of residency at Parkland Hospital that he was given a guitar as a gift from his senior resident Doug Parker. Surprisingly he could still find the notes and chords and without the Romilar cough syrup from the high nine dance days began writing songs. Hits such as Bull Dyke Bike Riders, Baby Ain't Got No Tanline, and No Broken Bones Just Broken Feelings flowed from his bic ballpoint pen onto his patients progress note paper at 4am while awaiting another trauma case.
His life changed forever when he met Fred Lester M.D. in the Surgery lounge of Baylor Hospital. Fred was a musically gifted aspiring Plastic surgeon who scored under 500 on the verbal portion of his S.A.T's therefore the musician and lyricist have been inexorably linked since. Their first CD Country Doctor "The Body of Work" appeared in 2003. Sold in Doctor Burkhead's office to grateful patients (if you buy 5 you can be seen at 8:30) the revenue was satisfactory until the last round of medicare cuts. In an effort to subsidize their continued care of the greatest generation as well as the upcoming baby boomers a larger buying audience is required.
Dr.s Burkhead and Lester who specialize in writing music for Talk Radio, are currently in the studio recording another cd "Stay Positive" this time under the group name Dr. Buz and the Medications. We are grateful that a site like cd baby exists for eclectic musical styles such as country western christian gospel hard rock new wave blues. Check out the music video I'd get fat to feel better. http://www.youtube.com/watch?v=w4wodh2Kqe4
Our Mantra: Stay Positive!
Our Motto: I'd Get fat to Feel Better
Our ritual: 3beers 2 burgers and a Nap 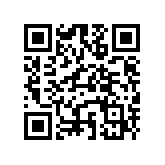 » STATS
Visits: 15,635
Plays: 63
Streams: 63
Downloads: 0
About Us | Contact Us | Legal Stuff | Business Partners
Support - support@radioindy.com
Copyright © 2006 MikVacch Enterprises, LLC. | Design by Oinkba
Rhapsody is a Registered Trademark of Real Networks. All Rights Reserved.
MySpace is a Registered Trademark of MySpace.com. All Rights Reserved.
Napster and the Napster logos are trademarks or registered trademarks of Napster, LLC.