DELUSIONS OF GRANDEUR   " A Beatles inspired production, superimposed on original songs by GILLIES DADDY " With special thanks to GeoffEmerick for all his advice and his many words of wisdom. Be sure to pick up his tremendous book "Here,There and Everywhere" @ Amazon.com and bookstores everywhere. If you're a Beatles fan, it's a must read!

Many thanks and lotsa luv to all our fans for their support and kind comments !


Recent Review of "DELUSIONS OF GRANDEUR"

"IF YOU LOVE THE BEATLES. GILLIES DADDY'S NEW CD IS RIGHT UP YOUR ALLEY"
KENETH KUBERNICK

VARIETY AND THE HOLLYWOOD REPORTER


"Why God Made Tears.. by GILLIES DADDY
HELLO MAESTRO!
Wow! Splendid orchestration. Very Beatles sounding... it sounds like a current Beatles tune. Unbelievable production.  Everything works together just like an orchestra should. Loved the melody and vocals.
- laneemcnees
Lehi, Utah
April 28th, 2010

Seattle's Psyched...
Kenmore, Wa
November 21 2010 “ Still listening: I am rivited. This is the best stuff, WAY better than most 60s and 70s hits, by FAR! It's QUITE plain that you deserve totally mass exposure. I'll try my best to help. Worth ranting about.....DT ”

Kimberly Matousek
Omaha, Ne
November 24 2010 “ I think this band will make it high in the charts. i Love it. ”

"The Silence" is such an amazing song!
Thalia567
Peterbrough Canada

MacTaylor
Mississauga Canada…
November 23 2010 “ Great music! Takes you back to another time"

cwgiusti  USA
Vancouver, Canada
Oct 15 / 10
Sounds like Lennon. How much better can it get?

More than a hint of Floyd, I LOVE IT!
Genuus
London, England

'Mr. Happy" is exquisite, you have absolutely nailed it.....out of the park...home run!
I was a producer & engineer from the era you're re-creating and would have been thrilled
to work with you.
Waymessed
Backwoods, Ontario, Canada


RADIO INDY, December 15, 2010
"DELUSIONS OF GRANDUER" by GILLIES DADDY (Pop Artist)
The fantastic group Gillies Daddy brings back the music of the 60's with their recently released Pop album, "Delusions of Grandeur." This group is extremely reminiscent of the Beatles but with their own progressive modern touches. They display intense precision on their well written original songs and definitely capture the essence of this time period. Each song is dynamically balanced and you will enjoy how they mix up the instrumentation. The song, "Brand New Day," has a catchy beat and vocals that are strong and powerful. "What Could Be Better," is a song that has a bouncy feel and some tight harmonies. The horn riffs on the song, "Life," add a nice feel while the vocals sing the enchanting lyrics. "Children's Games" is a short song that has a mysterious feel and eerie attitude and at the end those great harmonies. If you love the music of the 60's, then the outstanding CD, "Delusions of Grandeur," is just the album you need to hear.

" Mr. Robertson"
Loved it!
Loved the lyrics, the arrangement, the vocals, the talking parts, just a lovely song.
Reminded me of the Beatles, and as a huge Beatles fan, that's a big compliment !
Good luck to you!
ZoeLouk from Kfar Saba, Israel


"Why God Made Tears"
Wow is not enough
Just an amazing song. Singer was amazing, amazing bass line, very emotional. It painted a picture of calm serenity and i could really feel myself connecting with the song. I really have nothing but good things say about this song, definately looking forward to seeing GILLIES DADDY  in the future
PolarIceCaps from Austin, Texas


MR. ROBERTSON: SUPER!
You have got a fan in me, loved it, the energy was right there, way to go, the song writing is superb.
Donald Fisher
Pewaukee, Wisconsin


MR ROBERTSON
A Cup of Joe.
Sounds Beetlesish. Love the storytelling. You guys must be British. And an easy tune to remember, Great!
- Pensionhill
Stockholm, Odenplan, Sweden
June 19th, 2010

"Why God Made Tears"  GREAT song!
I liked the song immediately. There was something about the vocalist that reminded me of John Lennon. This is a well crafted song with intelligent lyrics. The strings sit well and really add to the overall sound. I loved the changes throughout. Well done!
..- tplommer
Vancouver, British Columbia, Canada
March 25th, 2010

A cross between The Beatles and Bowie in a great way!
Mod Dave
Nottingham,  England

"Why God Made Tears.. by GILLIES DADDY
Loved everything about this song. Congratulations on a superb effort.
billiebob, Dallas Texas

London England
October 26 2010 “ You guys sound like early Beatles.
you have a great sound! Keep it up. I've added you to my stations. Good Luck ”

bradosan
Chengdu China
Friday May 21 2010 “ Sounds like a Bowie/Harrison collaboration, but then again I'm a master of the obvious. Very nice. ”


Queen Irena
Canada
Sunday May 09 2010 “ Very nostalgic for me, having been around during the '60s flower power generation. Thank you! You would make George Harrison proud. ”

Seattle's Psyched...
Kenmore, Wa
November 22 2010 “ THAT'S WHY GO MADE TEARS. So beautiful! You have made a rabid fan out of me. Will add many of your songs to "Popular 60s/70s/PSYCHEDELIA" station. ” 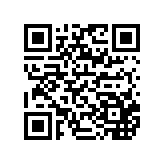