Even when a song is a pop 40 club song, Gail Vareilles’ soulful marriage of lyrics, melody and production grabs you somewhere deep inside and doesn’t let you go until long after the song is finished.

Sandshifter Music was founded by nine-time award winning songwriter, Gail Vareilles who collaborates on many of her songs with Tommy Faragher, many times Grammy nominated songwriter, and writer of several top 10 hits, with cumulative sales of over 12 million units. Tommy wrote for major stars such as, BB King, Dusty Springfield, Peter Criss, Hall & Oates, Al Green, The O'Jays, Taylor Dayne, among many others. Faragher and Vareilles have already enjoyed winning 8 awards for songs they wrote together.

Gail Vareilles has been pegged by some as the next Diane Warren of songwriting since she can write amazingly well in so many genres. Though Gail found her passion in music and wrote her first song only 4 years ago, her father was a professional opera singer as a young man, her grandmother was a published songwriter and her aunt was the first female disc jockey in the country and a record producer.

Gail herself has always been a prolific poetry and prose writer even as a little girl, with a major in journalism and a passion for music.   When a series of personal tragedies occurred in Gail’s life, a magical marriage of music and poetry came together in a therapeutic and inspiring way that is reflected in her soulful and lyrical style.


For TV/Film Placements, Licensing, Recording Artists or if you are a Producer/Artist who would like to discuss receiving a copy of any songs you're interested in, Contact: 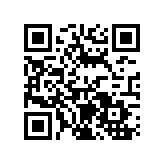