Artist History
A versatile singer and songwriter, HL Tapley has been making music and writing songs since he got his first guitar. The debut of his first CD, SOMETHING DIFFERENT is the fulfillment of a life dream. Howard's desire is to entertain, but whats more important to him is taking the listener to a better understanding of Christ. The message of SOMETHING DIFFERENT is this; forgiveness, joy, and eternal life are the gifts that God offers to all of us.

Howard has performed solo and as a member of several different vocal groups and bands over the years. Howard studied music at John Wesley College in Owosso MI and performed at area churches and coffee houses before joining his first country band in the early 80s. HL and his friend Del York, another gifted singer/songwriter, formed The Wild Oats Band in 1981 and played clubs around the Detroit Area for the next few years. H.L. says, "The Wild Oats Band was where I really learned to write songs and to play the guitar." After the break up of the Wild Oats Band in 1986, HL found work with other bands around the area but found that performing cover tunes was not as thrilling as performing original songs.

In 1989 he came to a place in his life where he realized he needed to let God have control of this very important area of his life. For the next 5 years HL spent his time perfecting his skill as a songwriter. In 1995, HL began performing these songs and pitching them to artists in Nashville. With support from Family, Friends and Fans HL recorded 10 of his songs which became the Something Different CD. The lyrics to songs like FORGIVEN and THE PROMISE will touch your heart, bring tears to your eyes, and remind you there is joy in the Lord. Songs like HEART AS HARD AS STEEL and SOMETHING DIFFERENT demonstrate how well he can incorporate the Gospel message in a country song.

Howards goal is to write and perform songs that integrate Christian values into his songs in an effort to encourage us all to be the best we can be. As a performer and songwriter, H.L. Tapley is striving to make a difference in this world through the medium of music. 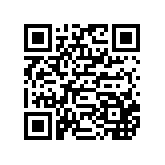 » STATS
Visits: 6,487
Plays: 239
Streams: 46
Downloads: 193
About Us | Contact Us | Legal Stuff | Business Partners
Support - support@radioindy.com
Copyright © 2006 MikVacch Enterprises, LLC. | Design by Oinkba
Rhapsody is a Registered Trademark of Real Networks. All Rights Reserved.
MySpace is a Registered Trademark of MySpace.com. All Rights Reserved.
Napster and the Napster logos are trademarks or registered trademarks of Napster, LLC.