Hrant Bedoyan, a guitarist, a musician…a true artist at heart. Hrant comes from a very diverse musical background. The Armenian-Canadian guitarist grew up listening to different flavors of music; an inspiration that sought him through since his childhood. The inspiration started at home with his grandfather on violin and his father on violin and oud. At age six he was deeply moved when he heard a record from Spain of Werner Muller (gypsy tango) and Astor Piazzolla. His exposure to the different music genres got him interested in playing keyboard and bass, as influenced by new age music and the likes of Jean Michel Jarre and Vangelis. In his teen years, His taste in music changed to the heavier sounds of hard rock and heavy metal after a friend of his introduced him to the works of Joe Satriani, Yngwie Malmsteen, Steve Vai, Eddie Van Halen and Vinnie Moore, mixed with the blues of Gary Moore, BB King, Stevie Ray Vaughan, Slash and Jimi Hendrix. While still being a huge fan of all other types of pop, folk and classical music, he could not escape the gravity and the soulfulness of the guitar. That’s when he found his true passion, and everything else is history in the making. Hrant spent years practicing his playing with determination, countless hours and hard work to master his skill. He has been writing music for a long time but because he is so dedicated to his craft, he finally decided to release his work as a fine work of art, for each written song is meant to be a musical masterpiece, that tells a story so transparent to every listener. His perfectionism and dedication caught the attention of many when some of his demos were posted online. It also caught the attention of keyboard maestro Derek Sherinian, who decided to collaborate with him on his first album "Unleashed', an album which will quiver your core. The tireless musician is continuously working on new material…so be sure to keep an ear out! 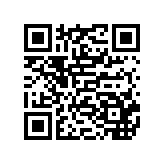