“James Lee Stanley, a master at relating to audiences” - The San Francisco Chronicle.   “Unexpected power from one acoustic guitar” - The Denver Post.    “A standing ovation followed his set opening for Art Garfunkel” – The Sacramento Bee.

James Lee’s remarkable ability as a vocalist and composer allow him to create truly great songs, each accompanied by his amazing guitar orchestrations.

“This man is a great artist – his songs are finely-crafted and richly textured, with immediately memorable melodies and thought provoking lyrics, and his guitar playing is simply gorgeous, alternating between subtle finger picking, lush chording, stark simplicity, rhythmically-charged complexity, and many and varied shades in between. Freelance Human Being is a masterpiece and one of the greatest recordings I have ever heard.  We are talking greatness here.” –
Fi Magazine, (which also listed the CD as one of the Top 200 CD’s of All Time).

“There is no need for back up, Stanley is a one man band, who doesn’t need any help” – the Milwaukee Journal.

When you couple this with his outrageously hilarious repartee, you get one of the most entertaining concerts on the circuit.

“A solo performer, Stanley drew overwhelming applause for his outrageous monologue as well as his music” – The Daily Aztec, San Diego.

From the Universal Amphitheatre to the most intimate house concert, James Lee delivers the goods.  He has been hailed as one of the few all time greats and undisputed geniuses among singer-songwriters.  Fi Magazine listed his FREELANCE HUMAN BEING as one of the finest recordings of 1998 and one of the Top 200 Recordings of all time -- FI Magazine March 1999.

JAMES LEE STANLEY, born in Philadelphia, PA, has toured consistently since he released his eponymous first recording for RCA, performing up to  three hundred dates a year since then with such diverse acts as BONNIE RAITT, ROBIN WILLIAMS, NICOLETTE LARSON and even BILL COSBY.  STEVEN WRIGHT chose James Lee as his opening act for three years in a row; a testament to his professionalism and talent.   He is coming to your town for one evening.   You should see him perform if you can.  It’s like a masterclass in showbiz. 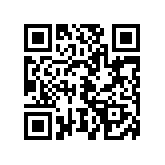 » STATS
Visits: 83,476
Plays: 285
Streams: 285
Downloads: 0
About Us | Contact Us | Legal Stuff | Business Partners
Support - support@radioindy.com
Copyright © 2006 MikVacch Enterprises, LLC. | Design by Oinkba
Rhapsody is a Registered Trademark of Real Networks. All Rights Reserved.
MySpace is a Registered Trademark of MySpace.com. All Rights Reserved.
Napster and the Napster logos are trademarks or registered trademarks of Napster, LLC.