For this Comet, the rockin’ clock just doesn’t stop as Johnny Kay, lead guitarist for Bill Haley & The Comets, has just released a CD of brand new songs in the great style of the 50s and 60s.

“Rock ‘N’ Roll is still with us today, grander and more varied than ever,” said Johnny Kay. “I remember 1953 when there was no such thing. Then in 1954, I heard ‘Crazy Man Crazy’ by Bill Haley & The Comets. What’s that sound I asked myself? That’s when I decided to learn guitar and I’m still rockin’ today!”

At the age of 14, Kay took up the guitar and by 16 formed a band call “The Sensational Youngsters”. They played in the tri-state area of Pennsylvania, New Jersey and Delaware where they would sneak in some of that new rock ‘N’ roll to the delight of teens and dismay of parents. In 1959 the band's manager changed the name to “Johnny Kay’s Rockets” and opportunity came knocking.

“I got a call from a man claiming to be Bob Hayes, manger of Bill Haley,” remembers Kay. “Hayes said Haley wanted to catch our group. I didn’t think it would happen but it did at the VFW post on a Saturday evening. However, when Haley left after only two numbers I thought that was the end. It was only the beginning. In May of 1960 I auditioned and by the age of 20, I was playing guitar with Bill Haley & the Comets and traveling the world."  His recording of "Rock Around the Clock” set in motion the ROCK ‘N’ ROLL phenomenon that is still with us today. For over a decade I traveled the planet having a ball playing the songs that started the "Big Beat". It's an experience that I will never forget

Today this rocker is still rockin’ with a new CD called, "Songs from the Cradle of Rock 'N' Roll" - in the great style of early rock.

An anthology of Johnny Kay's work as a Comet called "Tale of a Comet" is also being released in Europe - in June - on "Hydra Records". It also includes some new recordings & new European release "Rockabilly Bill". 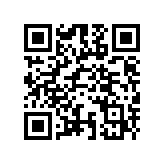 » STATS
Visits: 18,611
Plays: 444
Streams: 444
Downloads: 0
About Us | Contact Us | Legal Stuff | Business Partners
Support - support@radioindy.com
Copyright © 2006 MikVacch Enterprises, LLC. | Design by Oinkba
Rhapsody is a Registered Trademark of Real Networks. All Rights Reserved.
MySpace is a Registered Trademark of MySpace.com. All Rights Reserved.
Napster and the Napster logos are trademarks or registered trademarks of Napster, LLC.