In an area with more cover bands per square foot than perhaps anywhere else in America, Morristown, New Jersey’s Joe Colledge has rapidly become one of the most popular original artists in the New York Metro music scene. The secret to his success is a high-octane show and a winning set list, which features inspiring original material penned by the talented singer-songwriter.

A native of Philadelphia, Colledge began his musical career at a young age, studying guitar and developing his songwriting skills as a teenager. After fronting many bands and experimenting with different genres of music over the years, it was the events of September 11th that truly inspired him to put pen to paper in an attempt to express the tangle of emotions that resulted from having witnessed the horrific scene that day. Colledge began to compile a stack of songs and returned to performing a regular schedule of solo acoustic gigs. He eventually recorded a self-produced demo album of original material called "Convent Station", where he tapped into his personal experiences with life, love, loss, and hope. The album was released on Swamp Dog Records in 2005.

The time had now come for Joe Colledge to take his musical aspirations to the next level. Upon meeting producer Anthony Vitale (Glen Phillips, Marshall Crenshaw), he was signed shortly thereafter to Vitale’s new indie label OMS Records where he went to work recording his debut LP, "Table For One". Released in June of 2007, the album received critical acclaim in the indie music community and put Colledge on the map as a serious pop-rock singer-songwriter eager to make a name for himself in a very crowded industry.

After the release of "Table For One", the momentum continued to grow for Colledge. He was named “Best Male Vocalist” in New Jersey according to a music fan poll and earned several “Best CD of 2007” awards from various indie music reviews. He also has received significant FM/Satellite and Podcast airplay, as well as a series of publishing deals for Film & TV placement of his music. After cementing his band lineup, he hit the road to promote the album performing in such legendary venues as The Bitter End, Maxwell’s, and The Saint, where his melodic tunes have drawn a great response from new and existing fans alike.

Now fast forward to Summer 2009, where Joe Colledge released his eagerly-awaited follow-up album entitled "Out of the Blue". With a rootsy sound reminiscent of Tom Petty, Counting Crows, and Gin Blossoms, the album features catchy songs like the rock-driven “Waiting For Love”, the autobiographical tale “Story of My Life”, title track ballad “Out of the Blue”, and a pleasingly rare cover of Three Dog Night’s “Shambala”. The album was produced by Colledge and Vitale with OMS Records and is available on CD Baby, Amazon, iTunes, and most other digital distributors. The singer-songwriter decided to get back to his acoustic roots and promote the CD in a series of shows accompanied solely by keyboardist and backup/harmony singer, Jon Wohlgemuth.

Indeed, as Colledge pleases crowds with his hooky songs and a few covers of rock mainstays, his original sound and direction continue to develop. Says Colledge, “I just want to write and produce great music that will touch as many people as possible – that is what drives me. I’ll just continue to write and perform and see how far I can take things. It’s been a great ride so far.”

Joe Colledge is proud to carry on the Garden State’s great tradition of rock and roll, and who knows – his name might someday appear alongside Springsteen and Bon Jovi in the Jersey Rock and Roll Hall of Fame. 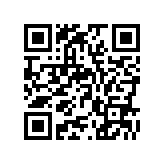 » STATS
Visits: 29,268
Plays: 1,530
Streams: 1,530
Downloads: 0
About Us | Contact Us | Legal Stuff | Business Partners
Support - support@radioindy.com
Copyright © 2006 MikVacch Enterprises, LLC. | Design by Oinkba
Rhapsody is a Registered Trademark of Real Networks. All Rights Reserved.
MySpace is a Registered Trademark of MySpace.com. All Rights Reserved.
Napster and the Napster logos are trademarks or registered trademarks of Napster, LLC.