I have survived many careers in one lifetime. Starting with the 70's as a recording artist with Batdorf and Rodney and Silver. I made records and toured this country and Canada for most of the 70s. We headlined many shows, but as an opening act we got to play with a lot of great groups like America, Seals and Crofts, Dan Fogelberg, Linda Ronstadt, Jackson Browne, Fleetwood Mac, The Doobie Brothers, Bread, The Youngbloods, Hall and Oats, Cheech and Chong, England Dan and John Ford Coley, Pure Prairie League, Harry Chapin, John Prine, Dave Mason, Kris Kristofferson just to name a few! A great time was had by all.

Then came the 90's and I started producing records and commercials. During that time I met and went on to write some great songs with my friend, Michael McLean. We have recorded 4 CDs together. In 1996 I got my first chance to score a CBS TV prime time show, "Promised Land". I composed all the music underscore for three years until the show came to an end. I went on to compose music for another CBS drama, "Touched By An Angel" which after nine very successful seasons is no longer in production. TBAA and Promised Land reruns still appear somewhere on the planet every day of the week. Soon after, I composed the entire musical score for a 2 hour made for PAX TV movie called "Book of Days" which appeared January and March of 2003. "The Best Two Years", which I also scored and wrote songs with Michael and Scott McLean, had a successful theatrical run in 2004 and is now available on DVD as well as the soundtrack on CD.

Now entering into the new millennium, John has recorded a new CD with James Lee Stanley "All Wood And Stones" (a highly original take on early Rolling Stones songs, done acoustically with tight harmonies) along with his first solo EP, "Side One." His first full length solo CD, "Home Again" is an acoustic guitar and vocal enthusiasts dream come true! John's 2008 CD, "Still Burnin'" teams him up again with Mark Rodney. The duo recorded a live show at XM Studios in Washington D.C. revisiting many of their great songs from the 70s. Also John and Mark have recorded two brand new songs in LA that are also included in the package. This marks the first new Batdorf and Rodney recordings since 1975!

In June 2009, John released his third solo CD, "Old Man Dreamin'," which got rave reviews and extensive radio play and truly established John as a solo artist. May of 2011, Batdorf and Rodney were elected into the Las Vegas Rock and Roll Hall Of Fame. Now in the fall of 2011, John has released arguably his finest solo CD, "One Last Wish," and will be supporting the project all of 2012. When you hear John sing songs about things that really matter to him, you'll understand why they mean so much to his fans that have spanned over four decades. 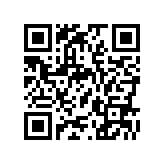 » STATS
Visits: 76,938
Plays: 4,147
Streams: 4,147
Downloads: 0
About Us | Contact Us | Legal Stuff | Business Partners
Support - support@radioindy.com
Copyright © 2006 MikVacch Enterprises, LLC. | Design by Oinkba
Rhapsody is a Registered Trademark of Real Networks. All Rights Reserved.
MySpace is a Registered Trademark of MySpace.com. All Rights Reserved.
Napster and the Napster logos are trademarks or registered trademarks of Napster, LLC.