Bio: Born in Bude in North Cornwall UK in 1954 John went to London in the 70's and took advantage of some fantastic Jazz courses at Goldsmiths College. The likes of Stan Tracey, Don Rendell, Brian Priestley, John Taylor and Howard Riley all ran adult education classes on site.

After immersion in the London Jazz scene John moved to Bristol in the early eighties and made a name for himself as a composer and bandleader. Working in anything from duo's to nonets he played alongside Andy Sheppard, Gerry Underwood, Paul Dunmall and a host of local musicians. He also ran regular Jazz and Improvisation workshops collaborating with the likes of Keith Tippett, Ian Menter and Will Menter.

Following two duo concerts with Andy Sheppard at the Bath Festival and the Bloomsbury Theatre John moved to the South West focussing on teaching and raising a family.

In 2000 John set up his own company "DrumCrazy Ltd" running drum and percussion workshops in schools and for corporate teambuilding.

During the past 20 years John has played in South West events alongside Digby Fairweather, Don Rendell, Don Weller, Charlie Hearnshaw, Neil maya and many other local musicians. 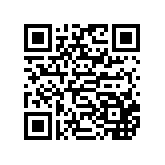 » STATS
Visits: 16,852
Plays: 613
Streams: 613
Downloads: 0
About Us | Contact Us | Legal Stuff | Business Partners
Support - support@radioindy.com
Copyright © 2006 MikVacch Enterprises, LLC. | Design by Oinkba
Rhapsody is a Registered Trademark of Real Networks. All Rights Reserved.
MySpace is a Registered Trademark of MySpace.com. All Rights Reserved.
Napster and the Napster logos are trademarks or registered trademarks of Napster, LLC.