Juniper is Ron and Lisa Potter, a duo who want to invade mainstream music with a different kind of sound…the kind that entertains your mind, haunts your soul, and breaks some rules.

Ron is the guitar-toting, songwriting philosopher of the two. But Ron never followed through on his musical passions, till he met Lisa and fell in love. “She was and remains inspiration to stay committed rather than be committed,” he gushes.

The vocals, by Lisa, reflect an eclectic mix of powerful and ambient moods. Lisa states that they work together as a team. “I like to be his sounding board,” states Lisa. “I lock him in a room, slide food under the door, and don’t enter the room till I hear something creative!”

Joking aside, they do work together. Equipped with their own recording studio, Ron produces and tracks each sound. He plays guitar and programs many of the beats and other sounds. Lisa sings and plays piano.  Her vocal talents expand beyond the alternative-pop/rock genre too as she has performed with the Orlando Opera in Florida and the Bach Festival Choir.

Juniper is not a “niche” type of artist. They want to carve out their own space. Having been dubbed “The Real Deal" and "Unique to their Alt-pop, Industrial groove genre" by catsask.com, they are well on their way.

Right now, Juniper is mainly focused on song-making at their studio, promoting their songs via the web and seeking licensing opportunities with the hopes of developing a live sound for performances.   Recent achievements include licensing on the nationally known programs "Dr. 90210" and "E! True Hollywood Stories" and Honorable Mention for songwriting through songoftheyear.com. 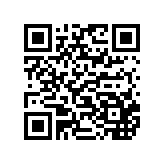 » STATS
Visits: 23,775
Plays: 1,431
Streams: 1,431
Downloads: 0
About Us | Contact Us | Legal Stuff | Business Partners
Support - support@radioindy.com
Copyright © 2006 MikVacch Enterprises, LLC. | Design by Oinkba
Rhapsody is a Registered Trademark of Real Networks. All Rights Reserved.
MySpace is a Registered Trademark of MySpace.com. All Rights Reserved.
Napster and the Napster logos are trademarks or registered trademarks of Napster, LLC.