Kaoru Azuma was born and raised in Osaka, Japan, and has been singing professionally for five years. She started her career as a singer in a jazz bar at her junior college year. After her graduation, she began her professional career through singing in prestigious jazz clubs and hotels in Osaka, Kyoto, Kobe and other parts of Japan. In 2000, she won a prize of Kobe Jazz Vocal Queen Contest. She realized that to get to the heart of the music, to understand the culture in which it was born and to master the nuances of the language, she had to coutinue her studies in New York City, the capital of jazz. In 2003, Kaoru enrolledn in the jazz studies program at the City College of New York, where she became immersed in the study of jazz theory, history, arranging, English diction, improvisation and vocal technique. The melting pot of New York City changed her profoundly; according to Kaoru "it opened my mind and let me know who I am." She discovered herself and had a story to tell through her music. After receiving her BFA degree from City College, Kaoru began performing in clubs around New York , but the needs of her family have dran her back to Osaka. Kaoru's 2nd CD, "Footprints in New York," is her dedication and farewell to the city that taught her so much about American jazz. Her selection are primarily compositions associated with the great jazz masters. This CD has been released in the U.S. and Japan in July 2008. Her CD release summer tour 2008 had held in Japan with musicians from New York. She has been featuring on the radio and magazine in Japan. She will also continue to develop her currier as a teacher in Japan. Kaoru's website Myspace You can purchace her CD @ CD Baby Amazon.com iTunes store 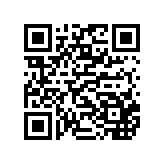 » STATS
Visits: 8,113
Plays: 417
Streams: 170
Downloads: 247
About Us | Contact Us | Legal Stuff | Business Partners
Support - support@radioindy.com
Copyright © 2006 MikVacch Enterprises, LLC. | Design by Oinkba
Rhapsody is a Registered Trademark of Real Networks. All Rights Reserved.
MySpace is a Registered Trademark of MySpace.com. All Rights Reserved.
Napster and the Napster logos are trademarks or registered trademarks of Napster, LLC.