Ken Greves is a passionate interpreter of the Great AmericanSongbook and a specialist in the music of Harold Arlen.

“Arlen’s music resonates profoundly with my musical sensibilities,” says Ken. “Arlen considered himself a jazz composer and wanted to be a vocalist himself. He was unique in that he was unafraid to break out of the standard 32-bar form.”

Another important influence on Ken was the voice of Judy Garland.

“My fascination with Garland was her uncanny ability to musically shape a song while acting and telling a story. She demonstrated that a song has a beginning, middle and end.”

Ken grew up in Nassau County, on the south shore of Long Island, NY.  Neither of his parents were musicians, but they noted early on their son’s fascination with music, theater, and dance.

“My earliest memories were when I was three” recalls Ken. “My mother told me that I used to dance in front of the TV, mesmerized by the sound of Kate Smith singing, ‘When the Moon Comes Over the Mountain.’”

Classically trained as a dancer and actor as well as a singer, Ken performed in a national tour of Singing in the Rain, played Billy Lawlor in 42nd Street, appeared as Luther Billis in South Pacific, and played opposite Nancy Kulp in an English murder mystery comedy. He sang with the Barry Levitt Trio at Iridium and at Birdland with Jim Caruso’s “Cast Party.”

Ken Greves made his solo debut as a vocalist in April 2000 at Don’t Tell Mama with his program, “Who the Hell Is Harold Arlen?!” Shortly thereafter, he encountered Trudi Mann and her open jazz mic — really an artists’ salon — and immersed himself in the world of jazz.

“I found that world stimulating in a very different way from my classical and theatrical roots,” he says.

In April 2006, Ken launched a new Arlen program,  “Last Night When We Were Young — Aspects of Arlen,” at Danny’s Skylight Room in New York City. Accompanied by the Tedd Firth quartet, this popular show comprises songs both well-known and rare, from Broadway, Hollywood and Tin Pan Alley, and explores the many facets of Arlen’s extraordinary contribution to the Great American Songbook. 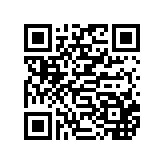