Kid Goat is a real American Rock and Roll band based in the very unreal American environment of Washington, DC.  With beautifully penned songs that bring to mind the likes of Steve Earle and John Hiatt, it would be easy to simply call Kid Goat an Alt-Country band, but the melding of the backgrounds and styles of its members create a sound that can only be described as straight forward rock and roll.

Singer/Songwriter Matt Aquiline was born and raised in Pittsburgh, PA, where Rock and Roll is a religion and Bruce Springsteen is its Messiah.  In his youth, Aquiline worshiped at the altar of Springsteen, Neil Young and the great rock and roll bands of his hometown.  From inception, Kid Goat’s mission was to bring the grooves of the E Street Band and the aggression of Crazy Horse to Aquiline’s songs.  Drummer, Dan Barry, and bass player, John Woolf, stepped in to take care of those grooves and Brett Guizzetti was happy to bring some aggression on guitar. Woolf ceded the bass player spot to Dave Mehring and now serves as Kid Goat’s “utility player.”

Barry, who also mans the kit for Cowlick Lucy, may be best known as the co-founder, with wife Maria, of the deej house concert series, a favorite venue for some of DC’s best musicians and touring acts alike because of their special attention to, of all things, the performers and the music.

Brett Guizzetti sings pretty in the band and is a really cool guy, but make no mistake, his guitar playing can be lethal.  And don’t be fooled by his unassuming manner, Brett has achieved cult local guitar hero status while playing in bands “of varying quality” in the area for nearly two decades, most recently Los Hermanos Rodriguez.  He was also the driving force (cough) behind early aughts surf rock combo Colonel Klink.

John Woolf is a well-traveled musician, an exceptional writer and vocalist in his own right, an undeniable personality and a musician whose creativity and skill just plain scares folks.  He displays his brilliance and versatility by picking up whatever instrument adds to the arrangements laid down by the other members of Kid Goat and by also playing in radio worthy, No Second Troy, and sweet old-timey country band, The Starlingtons.

Dave Mehring is a recent addition to Kid Goat, returning from a three-year stint outside of the DC area.  Before leaving, he played in various DC area bands including Otis Finch and the backing band for singer/songwriter Lianna.

Belen Pifel adds the polish with her stunning and honest delivery of Aquiline’s lyrics, making the words and stories sound like her own, and her addition to the three part harmonies with Aquiline and Guizzetti.  Her ability to become the character of the song is clearly a result of her years of theatre experience before she brought her talents to the rock and roll stage.

Kid Goat's music takes you on a journey through blues, country and rock-n-roll to a place that is pure Americana, complete with brutal honesty, familiar stories and social conscience. Whether it is the tension of edgy rock and roll, the longing and sadness of a country number or the humor in just a damn clever tune, Kid Goat is songs that feel like home played by musicians who feel at home. 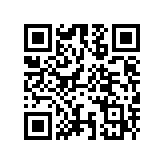 » STATS
Visits: 7,222
Plays: 334
Streams: 334
Downloads: 0
About Us | Contact Us | Legal Stuff | Business Partners
Support - support@radioindy.com
Copyright © 2006 MikVacch Enterprises, LLC. | Design by Oinkba
Rhapsody is a Registered Trademark of Real Networks. All Rights Reserved.
MySpace is a Registered Trademark of MySpace.com. All Rights Reserved.
Napster and the Napster logos are trademarks or registered trademarks of Napster, LLC.