Formed in 2003 by Leslie Campos and Randy Bulpin, Laslo Cameo represents a unique blend of world cultures. Leslie is Connecticut born with Hungarian and Greek roots, while English born Randy was in fact raised in Australia, the largest penal colony in the world! With extensive individual touring and studio experience, and meanwhile expressing their shared desire to play groove-oriented and roots based material, the band was quickly established. An 11 track studio CD, ‘Second Avenue Serenade’ is being released through independent labels that support artist ownership and mutual integrity.

Randy Bulpin (guitar and vocals) was initially heavily influenced by the British bands of the sixties, progressing to American roots music. He plays both acoustic and electric guitars, specializes in slide and dobro, and has extensive experience as a professional touring and recording musician, while also achieving success as a songwriter and producer. In twenty years of touring Randy has toured Australia and New Zealand several times over, and shared the stage with many international stars including, Kriss Kristofferson and Rita Coolidge, John Prine, The Knack, Ricky Nelson, Joe Cocker, Bo Diddley, Status Quo, Uriah Heap, John Hammond, Australia’s own Little River Band and Men at Work, and interestingly Stephan Grapelli who mentioned a young Randy from the seventies in a 1983 biography by Raymond Horricks, ’Stephan Grapelli’. Randy’s extensive studio experience has served him well as co-producer of their debut CD, as well as current and future production projects with other artists.

Leslie Campos (vocals, violin, and acoustic guitar) moved to Vermont from New York City where she had a successful career playing violin in a variety of bands including an all girl bluegrass/ country act called the Bushmills, and the Scott McClatchy Band, with consistent CD sales in European markets. She has also performed in off Broadway shows both as solo artist and an orchestral member. An asset for Leslie in the past has been that violin skills include a wide variety of styles from conventional classical to jazz, bluegrass, rock and country. Leslie’s beautiful and sultry singing voice is an integral part of the Laslo Cameo sound, and her own songwriting abilities can be heard in the album’s title track ‘Second Avenue Serenade’, a haunting jazz/blues tribute to life in New York City.

Leslie and Randy composed their first song, ‘How can you lose’ on the beach in Australia, and they continue to write already having a number of individually and co-written compositions for their next recording venture. As you listen to “Second Avenue Serenade” you will hear the influences of blues, jazz, country, R’nb, and sixties rock in both the writing and performance of their songs. 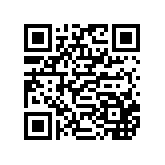 » STATS
Visits: 8,577
Plays: 785
Streams: 624
Downloads: 161
About Us | Contact Us | Legal Stuff | Business Partners
Support - support@radioindy.com
Copyright © 2006 MikVacch Enterprises, LLC. | Design by Oinkba
Rhapsody is a Registered Trademark of Real Networks. All Rights Reserved.
MySpace is a Registered Trademark of MySpace.com. All Rights Reserved.
Napster and the Napster logos are trademarks or registered trademarks of Napster, LLC.