MANNY FREISER has written, produced and recorded music from 1964 to the present. His 60's group, The Grodes/Tongues of Truth, logged many Top 10 singles in Tucson, Arizona. One of those songs, Let's Talk About Girls, is now considered a 'cult classic' and forerunner of 80's punk -- it has been covered by several other groups, and is still being played on Sirius and other radio. Manny's music can be heard on such reissues as Rhino Records' great Nuggets radio compilation and several Dyonysis Records compilations.

In the 70's, as a member of vocal duo, Fire & Rain, Manny along with ex-wife Patti McCarron recorded for Mercury, 20th Century, MGM and Barnaby Records, enjoying a Hot 100 single with a remake of the Barbara Lewis classic, Hello Stranger.

In the 80's, under the pseudonym Ian Messenger, Manny recorded two albums for Quincy Jones' Qwest Records (distributed by Warner Brothers). The Qwest single, Livin' in the Night, aired on MTV and hit the college charts. A second single, Wait So Long, garnered significant pop airplay and strong radio requests on the East Coast). Also during the 80's, Manny was a marketing executive with A&M and Qwest Records.

Since 2004, Freiser has been 'doing it all' -- writing, producing, arranging, performing (vocally and instrumentally) – and engineering. Before this latest release, History, he has issued three other CD collections, The Moment, Way Back Home and Prevail. The single, The Moment, received airplay on adult alternative radio. 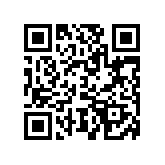 » STATS
Visits: 22,115
Plays: 1,284
Streams: 1,284
Downloads: 0
About Us | Contact Us | Legal Stuff | Business Partners
Support - support@radioindy.com
Copyright © 2006 MikVacch Enterprises, LLC. | Design by Oinkba
Rhapsody is a Registered Trademark of Real Networks. All Rights Reserved.
MySpace is a Registered Trademark of MySpace.com. All Rights Reserved.
Napster and the Napster logos are trademarks or registered trademarks of Napster, LLC.