Mark Shelton is considered one of the most dynamic performers with astounding vocal prowess that leaves audiences mesmerized in amazement.  A career that spans multi-faceted venues, Mark has recorded several times in Nashville, Tennessee, releasing custom projects; has recorded and performed in Canada, on Cruise Ships, in hundreds of churches, schools, auditoriums, at festivals, on live television and radio, the Lake Champlain Maritime Festival, the Block Island Music Festival, Soulfest, and more!  Mark Shelton has recently wrapped up recording his latest CD "Among the Stars" performing the hit songs of  Frak Sinatra, Michael Buble, Dean Martin, Elvis Presley, Perry Como and more.   Mark has received international acclaim as one of the best voices and renditions of Elvis hits ever heard.

A stunning live performer, Mark Shelton was named 2007 "Best International Christian Male Artist" in the Toronto Exclusive Magazine in November of 2007 and described in Christian Music's "Relevant" Magazine and Celebrate Radio's Internet & Satellite Ministry as "one of the strongest voices we've ever heard with powerful lyrics and dynamic presentations, Mark Shelton is anything but your traditional performer."  Audiences and venues consistently report that Mark Shelton's performances are considered among the best shows they have ever seen.

But it is his incredible voice, strong and diverse, that leaves audiences in amazement.  Engaging with that "Star" quality, Mark Shelton effortlessly moves from the 1950s to 1970s Elvis Presley songs mirroring the King of Rock n' Roll.  He nails the songs by other artists of the era with such precision that people sometimes think they are listening to a recording and are breathless when they discover it is a live singer.  It is truly impressive.

Exceptionally diverse in his performances from small town churches to huge stadiums or festivals, you can also find Mark Shelton donning the cape of the Professional Wrestler "Archangel", raising the silver saber of the beloved Pirate "Captain Radical" as part of the Swimming Frog Interactive Children's Theater, bringing audiences to life stylishly swinging through the hits of the 50's and 60's during his highly sought after Sock Hops and tours; or at his impressive and theatrically creative Gospel Rock Operas featuring his award winning original material, contemporary christian hits and old time gospel favorites.

Mark Shelton concerts display a flair for the dramatic. Interpretive dancers, audience interaction and theatrical aspects are a constant part of his shows.  He once stunned an audience with two Harley Davidsons driving onto the stage filled with interpretive dancers with sword fighters in the aisles!

If there is ever a chance to get Mark Shelton in your area for a concert, sock hop or children's theater, you should jump at that chance!  Never a disappointment, always amazing, it is a memorable and interactive experience for all involved no matter what the adventure in performance he brings to your area.

You and your audience will be greatly pleased. 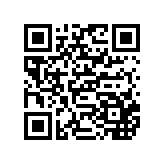 » STATS
Visits: 73,248
Plays: 3,021
Streams: 3,021
Downloads: 0
About Us | Contact Us | Legal Stuff | Business Partners
Support - support@radioindy.com
Copyright © 2006 MikVacch Enterprises, LLC. | Design by Oinkba
Rhapsody is a Registered Trademark of Real Networks. All Rights Reserved.
MySpace is a Registered Trademark of MySpace.com. All Rights Reserved.
Napster and the Napster logos are trademarks or registered trademarks of Napster, LLC.