As a young adult Marnell was a fixture in his church’s gospel choir and for a time considered becoming a Baptist minister. “My first love is gospel music and I’m proud to say that I am a gospel musician.”Marnell released his first album, “My Way,” in September 2005. It is a compilation of ballads and love songs from the 60’s, 70’s and 80’s. The album really wasn’t so much about the music but provided more of an opportunity to learn about the inner-workings of the music business.

Since releasing his first album he has been introduced to a songwriting Senator, dedicated his future music endeavors to the Lord and traveled to England to record his second album “Keep on Climbing” which was released in November 2006. Several songs are Gospel standards with fresh arrangements. Four songs were penned by Senator Orrin Hatch. Marnell met the Senator while working as Night Superintendent at the Senate Office Buildings. “Senator Hatch has provided inspiration and counsel to me since we met last year,” says Marnell who speaks with the Senator two or three times a month. Marnell’s story has been featured in The Hill Newspaper and on WUSA Channel Nine News.

You can check out Marnell’s music at www.myspace.com/marnelltanner.  “My Way”, “Keep on Climbing” and “Come To The Manger are all available on CDBaby.com and Amazon.com.

Marnell Blog
RadioIndy Present the New Release: âCome To The Manger" (Christian)
"Come to the Manger" Reviewed by RadioIndy.com!
Radioindy Review Published at CD Baby.com
Marnell Press Release on Digg.com!
Marnell on iTunes!
RadioIndy Has Posted Your Review:::
"Come to the Manger" by Marnell (Spiritual Artist from Virginia(VA))
Feeds 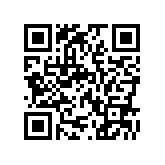