I was born on January 30th, 1976 in Chiba. When I was three I went to see a violin show-and-tell concert and I got so excited that I almost got up on the stage. Because of that, my mother arranged for me to learn violin. Because my father travelled all over the country, I often travelled with the family all over Japan and I became a travel lover. (That may be why I hanker for the gypsy life.) I am very sensitive even when a bug dies or a tree branch falls away, and my childhood was painful because I was too sensitive to those things.

We had a large pond in our yard. There were 2 huge Nishiki carp measuring one meter long. They were named Taro and Jiro and I went swimming naked with them a lot of the time!

In my Jr. High days, I felt so much pain and darkness, overlapping with my pubescence.I was particularly troubled about ecological destruction. I did not know what I should do with myself. In my high school days, I went to the Christian Independent School. At the enrollment ceremony, the principal said “If society is going East, this is school is going East. You need to change your values 180 degrees.” and I was moved by those words. It was a boarding school with only 70 kids. The school was in a half self-sufficient way deep in the mountains. There was absolutely no study for the college entrance exams.

There I ran around the mountains like a dink and, that’s right, I remember, when I came home in the summer once I walked all the way from the school in Yamagata all the way to Tokyo Station.

I went to Tokyo University of Agriculture and joined an exploration club. For three months I lived on the Yukon River in Alaska riding 1,000Km in a rubber boat. As it turns out, I left the university after two years. I love exploration and I love music too. I am into environment issues… I felt that I was all over the place, and didn’t know where to focus.

At 22, I met a Mongolian guy named Chi Bulgoude and got married. He is also a batohkin player. I went to his home and in a yurt, which is a small Mongolian tent, I saw him and his older brother playing batohkin with each other and I was very moved. I felt that this is the music. When I first saw a batohkin I had a gut feeling that this was my instrument.

Come to think of it, I’ve loved horses from my childhood. Every time I walked by the nearby shrine, I prayed,“Please give me a horse.” (This prayer became a reality at my wedding in a field of grass in Mongolia.)

Even though I had the gut feeling that it’s my instrument, soon after I gave birth to our oldest son. Time flew by and it was summer of 2002 when I seriously started learning the Batouqin. I participated the International Batouqin Camp held in Nei Mongol’s capitol, Hohhot. I joined in the making of the Guinness Book of World Record performance of a song called ‘Boom of Ten Thousand Horses’, a song composed by the world class batohkin player, Chi Borag with 1000 Batouqin players. Since then, every year I’ve returned to Nei Mongol and Mongol, participating in concerts and studying. It was about 2006 when I started to work as a batohkin player in Japan. In 2008 and 2009 I was invited to perform duos and ensembles at the Chi Borag New Year’s Concert. I performed in various concerts both domestically and overseas along with Chi Bulgoude, who is also my teacher. I started as a solo Batouqin player in 2008. I’m grateful for some excellent reviews with collaboration projects with a jazz pianist, Tetsu Norioka and a story-telling Biwa player, Miki Muroi. In Spring of 2009 I released my CD that features a lot of my own music. It’s called “The Wind Gave Me This Story”.

You can download a PDF of the booklet in English on my artist site. 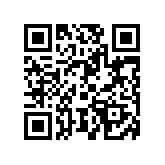 » STATS
Visits: 17,802
Plays: 83
Streams: 83
Downloads: 0
About Us | Contact Us | Legal Stuff | Business Partners
Support - support@radioindy.com
Copyright © 2006 MikVacch Enterprises, LLC. | Design by Oinkba
Rhapsody is a Registered Trademark of Real Networks. All Rights Reserved.
MySpace is a Registered Trademark of MySpace.com. All Rights Reserved.
Napster and the Napster logos are trademarks or registered trademarks of Napster, LLC.