Artist History
With accomplished musicianship and a great sense of deep groove, virtuoso drummer Patrick Charles's music is both visual and cerebral. His debut CD, Cité Soleil, presents an artist of far-reaching vision and versatility. Scheduled for release in 2007 on his own Soleil recording label, Cité Soleil brings Patrick Charles center stage as a composer, producer and leader. Featuring a stellar cast of LA studio players, and world class jazz artist, such as Everette Harp of George Duke and Anita Baker, Wayne Linsey of Miles Davis, Kevin Toney of Ray Charles and Whitney Houston, and one time Musical director of the Temptations and Impromt 2, Johnny Britt. Cité Soleil showcases Patrick's own original songs and retells hits from legendary artists like Sting and Seal through the language of jazz. But it was upon hearing the news of his sister death in the summer of 2004 that Patrick began to focus on the core material for the album. "My sister was always an encouraging and positive force in my life; 'Charlene,' the last song on the CD, is dedicated to her." Born in Port-au-Prince Haiti, but raised in East Orange, New Jersey, Patrick owes his musical awakening during middle school to the trumpet. But the drums quickly became his instrument of choice, fueled by a love of what at the time were a new media outlet, MTV, and an emerging culture called hip-hop. Music became Patrick's calling card. Strangely enough, his first encounter with jazz happened by chance. "I found a pile of jazz records in an abandoned building in the neighborhood; in that pile was Miles Davis's Tutu. I'd heard some older cats in the 'hood mention his name, so I picked up the record; I've been hooked ever since." Patrick started to gig professionally during high school, during which time he became the regular drummer with the house band at the famous Peppermint Lounge in his hometown of East Orange NJ, nightly guess artist appearances includes the legendary Lou Rawls, Shaka Kahn, Barry White, and famed hip hop artist Naughty by Nature and Queen Latifah. After high school, Patrick set his eyes on the famed Berklee College of music in Boston, and then Los Angeles, where his work as a freelance drummer has brought him acclaim from live performances, studio sessions and television appearances that have include Boston Legal, Melrose place, comedy central band, BET Jazz, and the movie crazy the life of famed legendary jazz guitarist Hank Garland. While enjoying a busy career as a freelance drummer, Patrick began work on his own project a labor of love that has at last culminated in the full-length CD Cité Soleil.
Patrick Charles Blog
"CitÃ© Soleil" Reviewed by RadioIndy.com!
Feeds 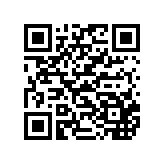 » STATS
Visits: 5,026
Plays: 192
Streams: 192
Downloads: 0
About Us | Contact Us | Legal Stuff | Business Partners
Support - support@radioindy.com
Copyright © 2006 MikVacch Enterprises, LLC. | Design by Oinkba
Rhapsody is a Registered Trademark of Real Networks. All Rights Reserved.
MySpace is a Registered Trademark of MySpace.com. All Rights Reserved.
Napster and the Napster logos are trademarks or registered trademarks of Napster, LLC.