Artist History
Pelon Carlione is definitely not your average Joe. His quest in music was not in any way what would be considered traditional. At an early age in early age he was labeled by numerous family members as the protector. Pelon was always the first to engage in battle when it came to protecting his own. As time went on he found inspiration in surrounding himself with positive God-fearing people. Pelon still possessed the tenacity and aggressiveness he learned from the streets. He began telling his life stories by rapping with local groups, shows and portraying his messages to anyone that would lend an ear. After participating in several open mic events, and realizing the profoundness of public opinion, he crashed the studios. Pelon carlione's style crosses Latino influence and or reggaetone with hip-hop and R&B. He speaks of his life in the streets through tantalizing love songs, songs of hope, songs of despair, and songs of happiness. Pelon carlione has a large number of supporters who anxiously anticipate the coming of his debut album which will be one that we may all learn a lesson or two.
Pelon Carlione Blog
Feeds 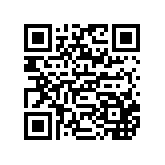 » STATS
Visits: 13,803
Plays: 1,001
Streams: 1,001
Downloads: 0
About Us | Contact Us | Legal Stuff | Business Partners
Support - support@radioindy.com
Copyright © 2006 MikVacch Enterprises, LLC. | Design by Oinkba
Rhapsody is a Registered Trademark of Real Networks. All Rights Reserved.
MySpace is a Registered Trademark of MySpace.com. All Rights Reserved.
Napster and the Napster logos are trademarks or registered trademarks of Napster, LLC.