Born and raised in South East, Washington, District of Columbia Richard began playing at the age of 9.  Richard grew up listening to the likes of some of the most famous flautists such as:  Bobbi Humprhey, Hubert Laws, and Herbie Mann.  Richard's currently deployed along with a few other members of the group, but still doing God's work.  He's entertaining Soldiers worldwide, touching them with the anointing sound and bringing souls closer to our Father in Heaven.

The group T.A.O. originated in Killeen, Texas and this is there first recording of many projects to come.  The group's looking forward to performing throughout Texas, North Carolina, and anyplace God's anointing will take them. 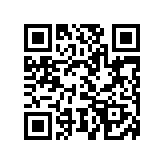 » STATS
Visits: 17,337
Plays: 234
Streams: 60
Downloads: 174
About Us | Contact Us | Legal Stuff | Business Partners
Support - support@radioindy.com
Copyright © 2006 MikVacch Enterprises, LLC. | Design by Oinkba
Rhapsody is a Registered Trademark of Real Networks. All Rights Reserved.
MySpace is a Registered Trademark of MySpace.com. All Rights Reserved.
Napster and the Napster logos are trademarks or registered trademarks of Napster, LLC.