Artist History
Richard Potter grew up in the 1950's surrounded by music, the youngest of four children in a middle-class family in northwestern Iowa.  His parents loved Nat King Cole, Jackie Gleason and Dean Martin.  One of Richard’s earliest memories is listening to Nat King Cole singing Christmas carols.   His older sister loved Elvis and Buddy Holly; she played "Hound Dog" and "Maybe Baby" endlessly.  His older brother was a huge fan of Dion, Roy Orbison, and the Beach Boys, so he heard "Runaround Sue",  "Only the Lonely", and "Surfin' USA" constantly.   Meanwhile, Richard’s other older sister loved Neil Diamond, Gene Pitney, show tunes and musicals,  so when she got the chance, she'd slide some "Solitary Man", "Only Love Can Break a Heart", or  "West Side Story" on the spindle.
Since there was only one record player in the Potter household, there was constant competition to see whose music would get to be heard!
Richard will always remember the day when his show-tunes-loving sister announced that for her 14th birthday, all she wanted was a promise from their parents that they'd let her watch the Ed Sullivan show the following evening.  She'd heard of this musical group called "the Beatles" and she wanted to know what they sounded like.  And so on the evening of Sunday, February 9, 1964 Richard sat on the floor beside his sister in front of the TV, and watched as the Beatles performed.  He was transfixed – he loved all their songs, especially ‘She Loves You”.
When the Beatles released "Sgt. Pepper's Lonely Hearts Club Band" in 1967 Richard became electrified by their music.  He was astonished by the lyrics for "Lucy in the Sky with Diamonds" and "A Day in the Life".  Before then, Richard had never heard a song that wasn't either a Christmas carol or a love song.  He had no idea that you could write a song about being on LSD or reading a newspaper article about a fatal traffic accident.  It blew his mind!
It was then that Richard decided he had to learn how to play the guitar so he could write his own songs -- songs that would be full of amazing imagery with unforgettable melodies -- just like the Beatles’ songs!  So, he taught himself to play some basic chords and started composing.  Naturally, all of those early tunes were terrible!   But, he continued to listen to popular music, going back and retroactively collecting all the earlier Beatles albums, as well as acquiring in the process a taste for Bob Dylan, Simon and Garfunkel, the Moody Blues, the Turtles, the Byrds, the Mamas and the Papas, and the Bee Gees.  And he continued to write songs.
You could say that all of these singers and songwriters -- from Nat King Cole all the way to the Bee Gees -- have influenced the songs that he writes today.
Richard doesn't write songs in a very methodical way.  He doesn't usually decide ahead of time that he’s going to write a country-western tune for female vocalist that describes how blind love can be.  Although he can do that, his best songs have usually just come to him out of the blue.  It's almost as if he "channels" music.  All at once, a tune will just pop into his head, along with a line or two of lyrics.  From that point on, it's a matter of figuring out what the song is about and coming up with the rest of the words.
Richard’s song “Oh, George” was included as one of the extras for the George Reeves Double Feature DVD, released in 2006.  One critic wrote, “The highlight of the disc is Richard C. Potter's ‘Oh, George,’ a tangy novelty song memorializing the actor's suicide.”  As a result of being included on this DVD, Richard is now listed in the IMDb entry for “Jungle Goddess” (one of the two early George Reeves films featured on the DVD).
In September 2006 Richard was interviewed on the WSUI Iowa Public Radio program, “Talk of Iowa.”  During the broadcast, they played “Oh, George” and asked Richard about George Reeves and “Hollywoodland,” the film about the mysterious death of the actor which had just been released.  “Oh, George” was considered for inclusion in the “Hollywoodland” movie soundtrack, but it was decided that it did not quite fit the mood defined by the rest of the music for the film.
In April 2007, the mysterious RogerRmjet, who produced the infamous “I Feel Pretty” YouTube video of John Edwards, released an “Oh, George” video dedicated to George Reeves.
Richard has appeared as a guest celebrity at several movie and TV memorabilia shows, with Noel Neill, the original Lois Lane, and with Phyllis Coates, who played Lois Lane in Season 1 of the Adventures of Superman.
Joe Franklin played selections from Richard’s CD “Surreal Love Songs” on his famous radio show in June 2008.
WUMD 89.3 FM played Richard’s song “Phantom Lullaby,” sung by the award-winning Ghezzi, on their “Lunatic Daze and Murderous Ways” program during the months of March through August 2009.  WUMD added  Richard’s song “AM Radio” to their playlist in August 2009.
KFAI 90.3 FM (an NPR “Fresh Air” station) played Richard's tribute song, "Noel," at the conclusion of an interview with Noel Neill on April 8, 2009.
The world-famous radio personality Kitty Kinnin played Ghezzi’s cover of Richard’s song “Whatever Happened?” on her Sunday Brunch show on The River 100.7 FM on August 23, 2009.
Richard hopes you will enjoy his songs.  If you are a recording artist and are interested in covering one of his songs, please let him know.  Or, if you are a music supervisor looking for new indie material for a TV or movie soundtrack, Richard would love to hear from you.
Thanks for listening! 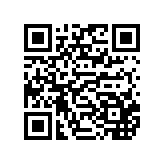