Robert Payne started out learning classical piano at the age of six and went to on win many awards during his school years.  From an early age he wanted to make a career out of music, but societal and parental pressures steered him away from what was at the time considered to be a bad career choice (music) in favour of "respectability" (civil engineering).  This resulted in him living a double life during his university years, getting out and playing in jazz clubs and at various dances and functions throughout the five years of day-time study.  Then, soon after starting out as a trainee engineer, it all became too much, and so he turned away from the engineering profession, joining up with renowned guitarist Johnny Fourie's new band "Sound Department" featuring at The Branch Office in Johannesburg.

For the next five years Robert was active in the jazz, session and live music scene in Johannesburg, whilst also teaching classical music at a local high school.  This period made up for the "lost" academic years in that he got down to some dedicated wood-shedding, learning as much as he could about melody, harmony, composition, sound synthesis, and in particular, in developing his keyboard technique.  He delved into George Russell's Lydian Chromatic Concept, and thereafter discovered the delights of various pentatonic scales derived from the two fundamental western diatonic scales (major and minor).  It was during this time that his conceptual insights and composing abilities had their scope widened and their roots deepened.

Robert traveled to London at the end of the seventies and set about pursuing his music dream - to play with the best.  Through mingling with the working musicians in the pubs and wine bars he first met up with the local calypsonians and played high energy soca concerts with Trinidadian calypso kings Arrow, Explainer and Blue Boy in various London concert venues.  Subsequently he worked with various South African musicians-in-exile including Hugh Masekela and Ernest Mothle, who introduced Robert to George Lee, a Ghanaian saxophone player with whom he started a long association, becoming a founding member of the band Anansi.  This band played the jazz clubs and wine bars in the capitol and recorded an album in 1984 which received much peer recognition but which eluded mass distribution.

During his London sojourn Robert continued his focus on musical composition, recording several tracks in his home-studio but never taking anything to market.  Between bread-and-butter gigs he did a five-month stint with a touring nightclub band visiting Finland and Switzerland, was musical director for Eartha Kitt's 1983 UK concert tour, worked with jazz singer Salena Jones, and played the London colleges with afro-disco band Kabbala.

On returning to South Africa nine years later he sustained a back-burner dedication to his music whilst working in the corporate world to feed the family.  The next 12 years consequently saw little tangible musical output (despite playing regular gigs in a dance/rock group), but as is now apparent, something was slowly maturing inside his musical consciousness; over the course of the next five years a new breed of music emerged, encapsulating the experiences, emotions, relationships, trials and tribulations of 30 years of yearning to make the kind of statement that the album "Portraits" (2005) represents.

This follow-up album ("Changes") completes the task of capturing the essence of Robert's musical experiences and influences between 1978 and 2005, and can be seen as the "other half" of the repertoire that recalls this journey in the company of many great musicians, nost notably guitarist Johnny Fourie who was a continuous source of inspiration during these times. 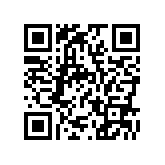 » STATS
Visits: 11,631
Plays: 806
Streams: 806
Downloads: 0
About Us | Contact Us | Legal Stuff | Business Partners
Support - support@radioindy.com
Copyright © 2006 MikVacch Enterprises, LLC. | Design by Oinkba
Rhapsody is a Registered Trademark of Real Networks. All Rights Reserved.
MySpace is a Registered Trademark of MySpace.com. All Rights Reserved.
Napster and the Napster logos are trademarks or registered trademarks of Napster, LLC.