Born in Cagliari on Oct. 6, 1956, he began his musical studies at the Conservatory of Music in Cagliari, graduating in piano under the primary guidance of Orio Buccellato. In 1986 he was invited to the Festival of Antwerp in Belgium and then in 1987 the season of Concerts in Hong-Kong. Currently she is performing in concerts. He recorded his 1st CD of original music for piano entitled "Tramonto Rosa", between songs which "Pierrot". His music has often been used in many television programs on Videolina and Sardinia One. He recorded for RAI, and it was recently in this page shows the "Corriere della Sera", the "Messaggero" and numerous regional and national publications. The 2nd CD. Album "La Leggenda di Ophelia", where reigns the songs "Ophelia", "Foresta Incantata". Written and set to music by the author, will be 'the subject of a short film for TV. E 'was performed in the first national in Rome at the "Teatro Sette," after "Torre delle Stelle" (Cagliari) and in various theaters of Sardinia and National. In January 2004, in Brussels, the first performance in Europe. On March 4 of that year, he performed again in Rome, opening with a recital, the personal exhibition of sculptor and painter Anna Izzo. His penultimate concert in the international scene, 10 September 2004 at the Festival of Riga in Latvia, only Pianist Composer Italian invited to the event. And she performed in concert in Calcata (VT), November 13, 2004, and in Rome in three Recitals, December 24, 2005, and the 1st and 2nd day of January 2006. He recently created the soundtrack for a documentary Villasimius, the west coast of Sardinia, at the same time his first CD single "Notturno Romano". He recorded for RAI the 8 April 2003, and then on March 13, 2006. In the month of October and was invited by the TV Channel 5, the Maurizio Costanzo Show. On 13 March 2006, she gave a recital at the Auditorium of Cagliari, for the Rotary Club International, and was broadcast by RAI and other local stations. In the months of August and September, and exhibited in Antwerp (Belgium), and even in the capital. The 1st of November recorded for the two TV "Video Clips", also broadcast from digital terrestrial: "Notturno Romano" and "Verde Profondo", in collaboration with the choreographer Roman Andrea Lai and his dance school. In December, the Swedish photographer Leif Sylvan published two "DVD" on the occasion of the 350th Anniversary of the Foundation of Ankarsrums (Stockholm), using the Music composed by him, as the soundtrack of his Reportage Photo. His penultimate round with the audience, you e'svolto in the wonderful town of Calcata (VT), January 27, 2007. It was recently invited as a guest on Monday' May 7, 2007 in Live Television broadcast worldwide on SKY, transmitted by the broadcaster "Videolina". In December 2007, he had registered in Riccione with Pier Carlo Penta engineer Venditti, Concato, Branduardi etc. of his latest CD "Atlantide Sommersa". The day August 8, 2008 the track N° 9 of his CD, "L'Isola dei Tuoi Sogni", was ranked N° 1 in the charts of Radio New York Site http://www.songplanet.com. In May 2008 he was again on Sky in direct de "Lapola Show". Recently he shot a video DVD in a beautiful beach of Sardinia, with the piano on the beach, and with the help of a beautiful model. Signed in 2008 a contract with the record company Roman "Terre Sommerse" which will distribute his latest CD "Atlantide Sommersa", in Italy, all over the world and on the internet. Filed Dec. 19, 2008, a preview of the CD in Cagliari "Atlantide Sommersa", during the "Christmas Concert  2008 for the inauguration of the Academic Year of the Faculty of Law of Cagliari, with filming RAI. The premiere national cd takes place in Rome March 20, 2009, organized by "Terre Sommerse" at "Space Morgana -Music Inn ", immediately repeated the following week in the"Sala Ouverture" for the presentation of the Book "Fragmenta", the Roman poet Nadia Angelini. Other Recital April 17, 2009, again at the "Sala Ouverture" in Rome. The June 30, 2009 came out in all the music stores on the Internet and Italian, the DVD "LIVE IN ROME" Concerto recorded on March 20 in Rome for the preview presentation of the CD "Atlantide Sommersa", the "Space Morgana- Music Inn ". At the same time the album comes out of the same criticism of an American site; Radio Indy, signed by USA critic Eric Lawrence:

"Atlantide Sommersa" is a beautiful presentation of music "New Age" for piano, instrumental album of the Italian musician Roberto Santucci. This is an album conceived, having the novel 20 Miles Leagues Under the Sea by Jules Verne as a source of inspiration for all 10 tracks. It clear that Santucci feel an emotional connection to the novel, and put that emotion within each of this music, in a way they could serve as a soundtrack to a version "live action" of the novel. It is also clear that Roberto Santucci is one of the best pianists of its kind, and each of these ten tracks is solid, seamless and timeless. Atlandide Sommersa is well produced, and all the work for piano by Roberto Santucci sounds clean and professional. White Golden Dreams presents the album beautifully with a lulling piano progression rather vague on the high end. Anthynea is a music inspired by the Queen of the sunken city with a lighter sound, and plan work wise and emotional that uses the entire floor, seemingly all at once. The whole album is great, with a nice quality, lulling perfect for relaxation, it is the superb work of the piano inspired by one of the best artists in the industry. Eric Lawrence has no doubt and defines Roberto Santucci as being "among the best piano players of the genre" and his music "timeless".
Another event concert March 5, 2010 at the "Sala Baldini" in Rome. In 2011, as well as various radio and television broadcasts with Paris ,, she decides to perform in his beloved "Torre delle Stelle", a tourist resort, where he holds a Recital in the picturesque church of the place, the source of most of all His passionate music, inspired by the SEA, nature, and everything 'that has to do with it. In August of 2012 he performed in Paris in the Church of "Magdalene". These Concerts most significant and important in recent times, interspersed with other executions. In January 2013 he decided to record without prior notice the double album "Emotions", which will be presented to the press and local television in March of that year, which is still having a sensitive success, both sales of plays. Stage more more important in the career of Roberto Santucci is Tournèe in Brazil. Invited by the Italian Consulate August 13 to 29, 2013, where he held 4 Concerts in Salvador Bahia, presented to the public of overseas its latest double album "Emotions", and has also performed with the later, for never forget that, first and foremost is a classic pianist, a program that will also include works by Beethoven, Chopin, Bach, etc. The demonstrations began on August 16 at the Academy of Music in Salvador, followed in the Conference room of the City of Amelia Rodrigues; then the Italian Consulate in Salvador, and ends on August 24 at the meeting room of the colony fishing island of Bom Jesus dos Passos, where, by the will of the community of fishermen, the Piano Concert was transported in Island from a boat! The years 2014 and 2015 are reason of great satisfaction thanks to the various Recitals in Italy and a Concert in Romania, in Bucharest to that. In 2016 and 2017 his performances continue in Italy and abroad. Last in July 2018 in the "La Favorita" Room in Madrid. He is always invited by the various Rotary Cub International of Cagliari, but he performs especially in Rome, which he considers his second homeland, interviewed by journalists from various Italian newspapers. His music "The Island of Your Dreams" has also inspired the great Poet Alda Merini in one of her last poems "Mattino". Alongside the concerts and composition, Roberto Santucci pursues with passion the activity of Teacher of Piano Principal at the Musical Liceum of Cagliari. 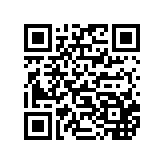 » STATS
Visits: 16,666
Plays: 1,796
Streams: 1,065
Downloads: 731
About Us | Contact Us | Legal Stuff | Business Partners
Support - support@radioindy.com
Copyright © 2006 MikVacch Enterprises, LLC. | Design by Oinkba
Rhapsody is a Registered Trademark of Real Networks. All Rights Reserved.
MySpace is a Registered Trademark of MySpace.com. All Rights Reserved.
Napster and the Napster logos are trademarks or registered trademarks of Napster, LLC.