Robin was born and raised in Vancouver, BC and became a part of the post new wave Vancouver music scene in the early eighties. He made his performing debut with his first band at the UBC pub in 1980. Soon the band would be playing at the Smilin' Buddha Cabaret, then a gritty punk rock shrine, and going on to become a fixture at Gary Taylor's Rock Room in downtown Vancouver. Although the first band would not last long, it would fuel Robin's determination to develop, leading him to rent a tiny upstairs office on the edge of the old Expo site in Vancouver, where he would form and front a number of bands.

One of those groups. Fun With Numbers, would achieve modest local success and introduce Robin to longtime legendary indie scribe/musician pal Gary Pig Gold, who briefly played bass for the group. Until the end of the eighties, Robin's groups would play for appreciative audiences at some of Vancouver's most legendary clubs, including the Town Pump and the Waterfront, at the time a hotbed for original live music.

Finally tiring of the struggle to keep groups together with members of divergent interests, Robin packed in the live performing in favor of a quiet suburban existence of songwriting and home recording, settling down in idyllic Langley, BC.

Always the romantic dreamer, he never gave up on the hope that he would someday release an album of his own songs and resume live performing. Robin contributed a song each to Unsound Vol 1 in 1998 and Burnt Marshmallows and Teeny Bikinis in 2000, both acclaimed and respected international indie releases.

Robin realized a dream 2004 when he released his first full length CD, Mad Kingdom, which received radio airplay in Europe and US markets and gained him some international notice. He also resumed live performing in and around the Vancouver area.

As of summer 2007 Robin's second CD, Chronic Empire, is now available at www.cdbaby.com. Go to www.robin-stanley.com for more details on this release and news of upcoming shows... 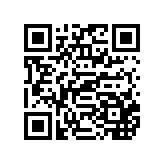 » STATS
Visits: 14,303
Plays: 310
Streams: 310
Downloads: 0
About Us | Contact Us | Legal Stuff | Business Partners
Support - support@radioindy.com
Copyright © 2006 MikVacch Enterprises, LLC. | Design by Oinkba
Rhapsody is a Registered Trademark of Real Networks. All Rights Reserved.
MySpace is a Registered Trademark of MySpace.com. All Rights Reserved.
Napster and the Napster logos are trademarks or registered trademarks of Napster, LLC.