6/3/2008 saw the release of Lieberman's 14th CD- "PSYCH WARD"--the punk-fusion rock opera type thingy telling the story of his committment to a 'facility' for the results of a bi-polar dark cycle. some of the critics actually like this one. it actually landed him a 3 hour radio show on a pretty big college station in New York--and a show in a big club on Long Island.

He can't play the guitar--so he does everything on overdriven basses and flutes--the basses held upside-down and backwards--it's crazy stuff--but some are devoted to it. The combined effects of 'passive racism' (lots of clubs won't have anybody with the word "Rabbi" in their name) and the effects of bi-polar disorder on the ability to self-promote and inability of hired publicity men to help have kept Lieberman pretty much confined to the open mic scene where he usually wows the crowds albeit small but seldom gets asked to play a 'real' show--ok--now for the hype

IN EVERY GENERATION, A CHARISMATIC MADMAN
GENIOUS RISES UP FROM THE UNDERGROUND, HELL-BENT ON OVERTHROWING THE MUSICAL STATUS-QUO( EVEN THOUGH HE REALLY SUCKS!) BY CHEERFULLY DISREGARDING THE LONG-STANDING RULES OF PERFORMANCE, PRODUCTION , SONGWRITING, LYRICAL CONTENT AND INSTRUMENTATION TO CREATE SOMETHING SO NEW, SO FRESH AND SO REBELLIOUS! THIS GENERATION'S CHARISMATIC MADMAN GENIOUS IS NEW YORK'S OWN STEVE LIEBERMAN!!! Already touted as the "MOST CONTROVERSIAL ARTIST ON THE MP3 SCENE", Steve's influence is quickly spreading to the waves of COLLEGE RADIO, ALTERNATIVE SPECIALTY SHOWS  ,and over some of the world's largest networks of INTERNET RADIO and in NEW YORK'S CLUB SCENE!!!!!!

It's been  years since Bass-revolutionary, eccentric flutist, exotic multi-instrumentalist, Gangsta Rabbi, mad-scientist musician first appeared on an mp3 chart. In those years, Lieberman has released 12 full-length studio cd's and 2  live cd's JEWISH RIOT OY OY OY from the opening night of his 9-month long ARBEITER-455 tour-and VIVA THE GANGSTA RABBI a rare big show-where he played for 400, opening for a VIVA LA BAM show- where he did all the , playing, singing, production, arranging, artwork-you name it, has been interviewed , been in rotation and charted on college and internet radio and international web-sites of many genres, has topped mp3 charts worldwide in virtually every genre and spent 6 WEEKS as #1 overall artist on AUSTRALIA's DIGITAL CHARTS (but that was back in 2003) and has played live to cheering rooms! and !

Steve's eccentric, eclectic prog/punk style to the limit and will continue to spread his angry political, anti-racist message  fused together with his sometimes risque', other times cerebral humor to those who might have missed the transmission of LIQUIDATIA through the airwaves , the internet or on the racks of the record store. The phenomena caused by LIQUIDATIA has been repeated by ARBEITER--earning it a 3 1/2 star review in the prestigious ALL MUSIC GUIDE.

Many called Steve Lieberman a madman and many more called him a genious but love him or hate him, it cannot be denied that Steve Lieberman is a musical innovator hell-bent on changing modern music forever.
His fans explain Steve's popularity because he is certainly one of the most original, prolific and energetic artists on all levels--instrumentation, production, songwriting, lyrical content--you name it. Steve cheerfully disregards all the long-standing rules by substituting guitars with a series of overdriven BASSES playing chords and leads at a fever-pitch with a style reminiscent of the late JOHN ENTWISTLE as he wails away on the FLUTE over the proceedings like the illegitimate protege' of IAN ANDERSON himself, as STEVE earned the designation-THE FATHER OF THE PUNK-ROCK FLUTE!! If that's not enough, he masterfully adds to this already  eclectic mixture , the TROMBONE, FIDDLE,MELODICA, and a bunch of exotic instruments, many of them not even heard of in the Western Hemisphere. His critics however have a different explanation for Steve's success. They say his music is like a train wreck. It happens and because of the shock value, you must keep returning to the scene to check it out because you just can't believe it. Either way, STEVE LIEBERMAN's music has been downloaded  like 2 MILLION times in his first many years on the scene--be it for originality and energy of for shock, his popularity is as questionable as his music is addicting.

This however didn't happen overnight for Steve.It took over 3 decades!Teaching himself to play the Bass in 1971. he quickly discovered that by turning the instrument upside-down without reversing the strings and applying distortion, the bass can sound like a Strat on steroids.He became the wild-man lead bass player in a series of prototype metal bands throughout the 1970's. During the 80's and '90's, Lieberman became an angst-possessed post-punk singer-songwriter, a favorite at the local Long Island, NY original music scene because of his chain-saw bass strumming, lightning-fast leads and in-your-face thought-provoking politically and religiously charged lyrics and Chasidic hippy demeanor. From 1991-2001, Steve Lieberman released 38 independent albums.

After a house fire in 2001, Steve quickly "mastered "the flute (being a Jethro Tull fan from birth) and discovered some  instrumental oddites as the Shahnai, bagpipe chanter, bombard, melodica and trombone. Lieberman first fused the wordly sounds of this menagerie to his overdrived basses resulting in 2002's now classic BAD'LANIA RISING.
He raised the religious political ante in 2003's JEWISH LIGHTNING. The success of LIGHTNING on the worldwide MP3 scene had drastic and sad side effects, however. Anti-Semitic attacks came from 3 continents from those who were "unhappy" to see an openly Hebrew musician present on "their " charts. Steve fought these attacks with diplomacy and humility with one hand and with the other hand wrote, recorded and produced his 3rd release the retaliatory DESERT FEVER BRIGADE. Although not praised by the critics in general, DFB was hugely popular in Europe and Australia, as it saw Steve's first attempts of his own style of Dance and Electronica music, which is very big in those areas.

After all this history, Steve Lieberman's music has been embraced by the American Underground, the European and South American Progressive Rock movement , the Punk Community and the Jewish People worldwide--quite an unusual sampling
only by the likes of Steve Lieberman!!

His live shows are something to see, too. It's a multi-instrumental caffeinated one-man ethnic punk festival where Steve musically takes on all the evil of society with his distorted basses and flutes at the supersonic pace of a speeding freight train. 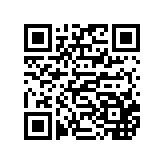 » STATS
Visits: 19,651
Plays: 3,734
Streams: 1,822
Downloads: 1,912
About Us | Contact Us | Legal Stuff | Business Partners
Support - support@radioindy.com
Copyright © 2006 MikVacch Enterprises, LLC. | Design by Oinkba
Rhapsody is a Registered Trademark of Real Networks. All Rights Reserved.
MySpace is a Registered Trademark of MySpace.com. All Rights Reserved.
Napster and the Napster logos are trademarks or registered trademarks of Napster, LLC.