Started in 2007, Secret Man was the brainchild of "Hombre"Adam Stafford-- inspired by his love of Spy movie music, Film Noir, Garage Rock and Twangy Surf guitar. After playing in a few other bands, and recording songs at home, (under the name Hombre Secreto) his friends persuaded him to start a band of his own. After playing together in another band with drummer "Madman" Mark Turner, they met local guitarist "Jackass" John Garza, and decided to start Secret Man, with the motto, "Have fun!"
Fueled by a mutual love of loud, fast, Garage-style Punk, Power pop, and (Old) New Wave, Secret Man worked furiously on their songs. Adam was very prolific and wrote songs about very different subject matters, such as Road Rage, love of Mexican wrestling, and about dealing with dark emotions and obsessions. Mark and John added their muscle and rhythmic style to forge a unique sound. By 2008 they were ready to cut their first album-- "The Soundtrack." Recorded mostly live in the studio, with minimal overdubs, "The Soundtrack" is a raw and exciting snapshot of a band having fun. Tracks like "Blue Demon" and "Telly" show the bands playful side, and instrumentals like "Secret Man Theme" and "Cruisin' with My Guru" and "The Chase" show the Spy movie and harder Punk influences mashed together. Enjoy! 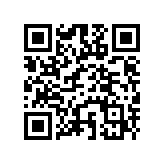 » STATS
Visits: 9,390
Plays: 360
Streams: 1
Downloads: 359
About Us | Contact Us | Legal Stuff | Business Partners
Support - support@radioindy.com
Copyright © 2006 MikVacch Enterprises, LLC. | Design by Oinkba
Rhapsody is a Registered Trademark of Real Networks. All Rights Reserved.
MySpace is a Registered Trademark of MySpace.com. All Rights Reserved.
Napster and the Napster logos are trademarks or registered trademarks of Napster, LLC.