Sergio Cervetti, born in Uruguay and a U.S. citizen since 1979, is a composer whose works include electronic, instrumental and vocal music. He graduated from Peabody Institute after studying with Ernst Krenek, Lazlo Halasz, and Stefan Grové. He went on to win the Caracas Festival prize and was subsequently invited by the DAAD to be composer-in-residence in Berlin. After moving to New York City he taught at Brooklyn College, worked for Virgil Thomson, and studied electronic music with Vladimir Ussachevsky at Columbia University. Cervetti joined the faculty of New York University’s Tisch School of the Arts in 1972 where he taught history of music, composition and choreography until 1997 and returned in 2007-08.

Cervetti’s vocabulary draws from an early brush with twelve-tone and minimalism while his current approach is free and flexible. Each work is treated in an individual manner and may often reflect his South American, French and Italian heritage. A review of Concerto for Harpsichord aptly describes his style which “…does not make a distinction between folk elements, European tradition and minimalist aesthetics; they are all fearlessly and deftly blended together in a music that defies any classification.” –Ritmo Magazine, Spain

Noted works include:
Guitar Music: Bottom of the Iceberg, a minimalist solo guitar piece “… is one of the most effective works in this style.” –Los Angeles Times

The Hay Wain, an electronic work inspired by the Hieronymus Bosch triptych. Sections are used in the soundtrack of Oliver Stone’s film, Natural Born Killers. “The Hay Wain is a substantial recording, noteworthy in the sea of fluff that passes for electronic music these days.” –Option Magazine

…from the earth… is a controlled improvisation for a variable number of sustaining instruments which borrows five notes from Mahler’s Das Lied Von Der Erde.

Candombe II, for orchestra; the orchestrated version of Candombe for harpsichord with rhythms based on a national dance of Uruguay with African origins.

3 Estudios Australes, for piano “…is a contemporary distillation of the piano works of Liszt and Ravel without any of the acidities of contemporary piano music and without sounding like a dry exercise…a language that is direct and full of virtuosity.” –El Pais, Montevideo, Uruguay

YUM!, chamber opera in one act for three voices and chamber ensemble with an original libretto by Elizabeth Esris described as a culinary comedy.

Plexus, for orchestra is “…the evening’s great find…gives further evidence of Cervetti’s unusually discerning ear, his strong sense of both fantasy and order…a range of sonorities that are truly novel and genuinely intriguing.” –Washington Post 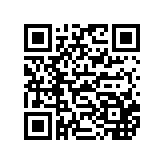 » STATS
Visits: 9,038
Plays: 337
Streams: 46
Downloads: 291
About Us | Contact Us | Legal Stuff | Business Partners
Support - support@radioindy.com
Copyright © 2006 MikVacch Enterprises, LLC. | Design by Oinkba
Rhapsody is a Registered Trademark of Real Networks. All Rights Reserved.
MySpace is a Registered Trademark of MySpace.com. All Rights Reserved.
Napster and the Napster logos are trademarks or registered trademarks of Napster, LLC.