The Grammy Award-winning harmonica virtuoso was born James Whiting in Harlem, New York. Influenced by artists as diverse as Lester Young and Bob Dylan, Blue began his career playing on the streets, and later recorded with Brownie McGhee, Roosevelt Sykes and Victoria Spivey. He relocated to France on the advice of expatriate Memphis Slim, and while there hooked up with the Rolling Stones, who invited him to play on their Some Girls, Emotional Rescue and Tattoo You albums. Offered an indefinite session spot with the band, he turned down the offer in favor of returning to the U.S. Before leaving Europe, he recorded two albums, Crossroads and From Paris to Chicago.

In Chicago, Blue worked with and learned from harmonica legends Big Walter Horton, Carey Bell, James Cotton and Junior Wells. He played in the Chicago Blues All-Stars with friend and mentor Willie Dixon and contributed to Dixon’s Grammy-winning 1988 album Hidden Charms. He sat in with Fats Domino, Ray Charles and Jerry Lee Lewis for the Cinemax special Fats Domino and Friends. And he appeared onscreen and in the musical score of Alan Parker’s acclaimed 1987 thriller Angel Heart, starring Robert De Niro. Best known for his signature riff on the Rolling Stones’ “Miss You,” Blue performed his own version of the song on his 1993 Alligator Records album Blue Blazes, followed up with In Your Eyes.

As to how the name Sugar Blue came to be, “I needed a nickname and all the good ones were taken — Muddy Waters, Blind Lemon, Sonny Boy,” Blue explains. “One night a friend and I were leaving a Doc Watson concert when somebody threw out of the window a box full of old 78s. I picked one up and it said ‘Sugar Blues’ by Sidney Bechet. That’s it! I thought it was perfect. So here I am.”

Sugar Blue incorporates what he has learned into his visionary and singular style, technically dazzling yet wholly soulful. He bends, shakes and spills flurries of notes with simultaneous precision and abandon. And he zings too. His distinctive throat tends to be overlooked — a rich voice with a whisper of huskiness.

Of the Threshold album, Blue says, “I believe that the greatest threshold of all is love because it is the fount from which all human life springs. Life echoes the sounds of our interactions: joy, sadness, heartache, passion, loneliness, intimacy, celebration or solemn occasion. We have tried to give voice to these feelings in this musical offering.” 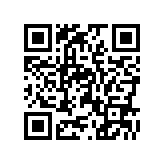 » STATS
Visits: 24,778
Plays: 857
Streams: 857
Downloads: 0
About Us | Contact Us | Legal Stuff | Business Partners
Support - support@radioindy.com
Copyright © 2006 MikVacch Enterprises, LLC. | Design by Oinkba
Rhapsody is a Registered Trademark of Real Networks. All Rights Reserved.
MySpace is a Registered Trademark of MySpace.com. All Rights Reserved.
Napster and the Napster logos are trademarks or registered trademarks of Napster, LLC.