Although generally lumped into the blues-rock arena, Tim "Too Slim" Langford and his band fall into whatever category a combination of Tom Petty, Creedence and ZZ Top would create. Perhaps swampy Americana is closer to the trio's sound, especially on this terrific album. Slim's been at it for quite a while; nearly two decades, yielding a dozen or so releases when this disc appeared in 2007. But that hard work has paid off, big time. Langford writes melodies and especially lyrics that show him to be an under the radar talent who has gone unnoticed for too long. Vocally his gruff voice is somewhat similar to Top's Billy Gibbons and this album is a good example of what that Texas band might have sounded like if they hadn't cheesed out with synths and dance pop in the '80s. Its bluesy swagger on the simple but energetic T. Rex styled boogie of "She Gives Me Money" and the greasy sex of "Baby Likes to Ride" are remarkably effective due to Slim's suggestive vocals on the latter ("she don't like no automatic, gotta be a stick") combined with his slithery slide guitar and the band's in the pocket backing. Meanwhile, Slim's smooth yet edgy slide playing also kicks "Spell on Me" up a few notches. There seem to be a few subtle overdubs but most of the album connects with just the three piece working through arrangements that make the most of the trio's abilities. At six minutes, "Givers and Takers" is the disc's longest cut and its most philosophical. Here Slim resigns himself to a world of "total disregard for other people's needs" played against a mid-tempo groove, aided by guest Oleg Schramm's dramatic organ fills, that heats up as the song winds on. He returns on the closing tune, this time playing a stark accordion that makes the already melancholy "Lonesome Alone" even more heartfelt and moving. While there is plenty of boogie, Slim's evocative words and distinctive growling vocals bring surprising introspective depth to music that could easily deteriorate to bar band grind status. This album is several levels above that. Even with all the miles already on Slim's life odometer, there is plenty of gas left in his tank. His journeyman experience makes these songs resonate more passionately than what's on the surface and connect on a deeper level. 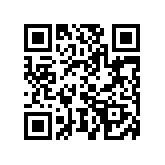 » STATS
Visits: 55,228
Plays: 1,877
Streams: 1,877
Downloads: 0
About Us | Contact Us | Legal Stuff | Business Partners
Support - support@radioindy.com
Copyright © 2006 MikVacch Enterprises, LLC. | Design by Oinkba
Rhapsody is a Registered Trademark of Real Networks. All Rights Reserved.
MySpace is a Registered Trademark of MySpace.com. All Rights Reserved.
Napster and the Napster logos are trademarks or registered trademarks of Napster, LLC.