ade ishs is a composer and a pianist currently residing in Melbourne, Australia. He was born in 1978 in Bandung, Indonesia. He cannot remember when he played the piano for the first time, but he is sure that he was not even 10 years old at that time. Actually, his first instrument was the pianica. He started composing when he was about 12 years old. Before that he had already been involved in various public performances.

From 1982 to 2000, he studied with many teachers. Among them is Peter Ferdinandus, under whose tutelage he studied music theory, history, and classical piano performance since 1991.

During his study at the University of Indonesia (UI) in 1995 to 2001, he joined the Ensemble Band, the embryo of the current Gadsby, a Pat Metheny cover band, where he is the pianist/keyboardist. Together with the band, he performed in various functions, mostly those organised by UI students. Until he finished his study, he had become a regular performer in UI, notably on orientation periods and faculty graduations. He also performed with Aning Katamsi, a renowned Indonesian singer.

In 2002, ade moved to Melbourne and soon met the local talents there. He composed Unity in Diversity (also in the Little Butterfly album) a theme song for World Week 9, an international student event at RMIT. He met Sandra Bogerd. Together with Yugo Isal, they formed the Mixed Up jazz trio. ade also performed together with Dexter and the Band, Mosaic, and ROCS.

During ade's trip to Indonesia in 2006, three members of the Ensemble Band, Djati Rekso Wibowo, Gupta Mahendra, and himself met and had a reunion jam session. Yugo Isal, who had returned to Indonesia, joined them and thus Gadsby was born. They performed in public, most notably in Kemayoran Jazz Community meet-ups.

After a long hiatus, now in 2009, ade presents his newest solo piano album, Visions [buy from CD Baby or Amazon]. 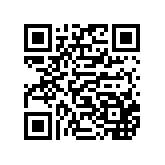 » STATS
Visits: 6,381
Plays: 211
Streams: 211
Downloads: 0
About Us | Contact Us | Legal Stuff | Business Partners
Support - support@radioindy.com
Copyright © 2006 MikVacch Enterprises, LLC. | Design by Oinkba
Rhapsody is a Registered Trademark of Real Networks. All Rights Reserved.
MySpace is a Registered Trademark of MySpace.com. All Rights Reserved.
Napster and the Napster logos are trademarks or registered trademarks of Napster, LLC.