A.J. Rosales is not trying to prove anything. His appealingly layered guitar playing and honest lyrics are just the pure expression of a unique musical vision, not some calculated product. Rosales is already an acknowledged force in the rock/folk scene. His intelligent songwriting, which draws as much from pop as from jazz, classical, rock, jam, and folk, has been the basis for three well-received albums in his eight-year solo career. Fatigue, in 1997, introduced his intricate guitar lines, interwoven with intimate lyrics. His Earth and Shoal EP in 2001 added a maturity and depth of experience. With 2004's Resistor, Rosales' songwriting has gained even greater resonance. Fueled by critical praise and airplay on hundreds of radio stations, Rosales is reaching out to fans nationwide. As an artist, he is poised for a major breakthrough, and it all builds from experience. Rosales has been playing guitar since his mid-teens. By his own admission, he was "somewhat of a nerd who gravitated toward the more abstract and technically challenging pieces." His early affinity for complex musical structure is evident in his playing style, which blends catchy pop hooks with some unexpected musical flourishes. Rosales describes his style as "rock music run through an avant garde folk filter," but it's easy to hear a vast array of other, subtler influences underscoring his take on folk and rock. His extensive background in classical music and jazz can be heard in his intricate, contrapuntal arrangements. His guitar work conjures ghosts of the blues and invokes modern masters of high technical ability. Listening to Rosales alternately calls to mind Trey Anastasio, Ellis Paul, Collective Soul and Adam Duritz with all of their varied and inherent skills. But a virtuosic delivery is not Rosales' only musical accomplishment . . . His music has garnered broad attention. He has opened for indie-rock mainstays Vertical Horizon and Modern English, for instance. The single Sweetest Thing from Earth and Shoal was included on CMJ's "Certain Damage" CD and was featured on National Public Radio in Chicago. Initially, this release edged out Smashing Pumpkins for the top spot in Ohio's WMRU radio play rotation. Fervent fan support has landed three singles from Resistor in the Top 10 on Garageband.com's survey of the "best guitars of all time" in the folk/rock genre. But being a "guitar pyrotechnician" is not what he's about, and being the next pop idol is also not at the top of his list. He's all about recording his lush, rootsy music, brilliant and humble. And there is no doubt he has all the talent to back it up. - Trevor Plum 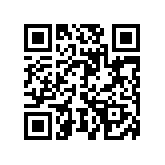 » STATS
Visits: 14,299
Plays: 4,861
Streams: 4,861
Downloads: 0
About Us | Contact Us | Legal Stuff | Business Partners
Support - support@radioindy.com
Copyright © 2006 MikVacch Enterprises, LLC. | Design by Oinkba
Rhapsody is a Registered Trademark of Real Networks. All Rights Reserved.
MySpace is a Registered Trademark of MySpace.com. All Rights Reserved.
Napster and the Napster logos are trademarks or registered trademarks of Napster, LLC.