A well known Portland daily newspaper columnist once described Ric Seaberg this way: "In a kinder and gentler world, he would have been a rock star." Ric was front man and lead vocalist for a band that was part of the unique Northwest Rock scene in late 60s & early 70s (that laid the foundation for what became grunge). The Morning Reign played in most large cities and small towns across the Northwest and opened for acts ranging from The Doors to The Guess Who, Buddy Miles to Peter and Gordon, Box Tops to Cream, the Animals to Spencer Davis Group. Morning Reign recorded at Capitol Records in Los Angeles. Ric's music is versatile ranging from blues to country ballads, biting humor to love songs, reggae to flat out rock 'n roll. There are few who can match his wordsmithing talents (for example, he once rhymed maharaj with garage in a song), his lyrics are distinctive and memorable. Ric's songs "Didn't Say I Love You Right" and "We Talk About Cars" both appear on NPR's "Car Talk" compilation cds, available at www.cartalk.com. "The Noise Pollution's Gone", from Ric's CD "Santa Monica", is the official song of Noise Free America. Learn more at www.noisefree.org Ric lives in Portland with his wife and step-son. All his recordings feature the guitar genius of Portland axe-god Tim Ellis. Ric's friendly and teeming website, http://www.ricseaberg.com, includes photos, music, and a weblog which features memoirs, stories, opinions and philosophy. The blog link is http://ricseaberg.blogspot.com/. Be sure to stop by and sign the guestbook, or drop Ric a line by email. 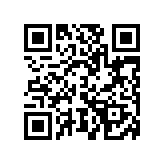 » STATS
Visits: 28,631
Plays: 1,498
Streams: 1,279
Downloads: 219
About Us | Contact Us | Legal Stuff | Business Partners
Support - support@radioindy.com
Copyright © 2006 MikVacch Enterprises, LLC. | Design by Oinkba
Rhapsody is a Registered Trademark of Real Networks. All Rights Reserved.
MySpace is a Registered Trademark of MySpace.com. All Rights Reserved.
Napster and the Napster logos are trademarks or registered trademarks of Napster, LLC.