When A Man Loves A Woman by Percy Sledge became a world love song, this is today's version Love On My Mind (the title track of this Cd), a soulful delivery of love and feelings, Sweet sounds running between R&B, adult contemporary, jazz, and dance tunes, a kind of today's version of Ray Charles, James Brown and Otis Redding all together

"This CD is R&B crossover at its best" and it says it all Love On My Mind.

THE REVOLUTION HAS COME

THE OBAMA DREAM THEME SONG,* (I HAVE A DREAM)

I was there through the eyes of the Native American Indians, when the people came with words of God, and deeds of the Devil, THEY CALLED FOR THE

REVOLUTION and they were silenced, I was there through the eyes of my great, great grand parents who were taken as slaves and treated like animals to build the foundation of the worlds greatest country founded on the freedom they never had, THEY CALLED FOR THE REVOLUTION, and they were silenced, I was there through the eyes of my great grand parents when Abraham Lincoln signed the emancipation proclamation, freeing the slaves and declaring that all people regardless of race or nationality are created equal with certain inalienable rights, and THEY CALLED FOR THE REVOLUTION, as the door to freedom opened, I was born and through My own eyes I was there and saw America and other countries speaking words of freedom, while systematically sponsoring institutionalised slavery, and THEY CALLED FOR THE REVOLUTION, and they were considered, I was there and through my own eyes I saw the Chains of institutionalised racism tested and broken, and the people spilled out into the streets, and I watched as many of them ravaged and burned and turned many of the cities into war zones of fire and destruction, THEY CALLED FOR THE REVOLUTION, I was there with Martin Luther King, my eyes saw him and I marched with him through the bonds of brotherhood, as he built the foundation for the revolution, declaring that as such, we do not seek the opportunity to become the oppressor, instead we seek a world not of any one people but of all people stranded together in the bonds of equality, he declared that we seek not to destroy you nor hurt you, but to love you and teach you about a God of love, togetherness and oneness for all of his children the God that you sought, yes I was there and I wrote (as the bi-centiniel was upon us) AMERICA THE BEAUTIFUL BE BEAUTIFUL * or you may not be, I wrote the SONG CHANGE THIS WORLD * THEY CALLED FOR THE REVOLUTION, as I began reaching out to the Homeless, Elderly and the Children, from my home and around the world, I was there and through my eyes I saw little black children and people being attacked by vicious dogs and adults wanting only (because of their color) to deny them the benefit of a proper education, THEY CALLED FOR THE REVOLUTION and amidst the riots the voices of the revolution (H. Rap Brown, Stockley Carmichael, Angela Davis, and Malcolm X etc.) their voices got louder and stronger and within the flames of riots THEY CALLED FOR THE REVOLUTION some were sent to jail and some were killed amongst the dead lie John and Robert Kennedy, and the world watched as Martin Luther King, delivered his mesmerising I HAVE A DREAM * SPEECH in front of what seemed like millions of people, for sure to many to ignore, and He, MARTIN LUTHER KING was killed by the same bullet that killed JOHN AND ROBERT KENNEDY, the demon of injustice had once again fallen on the nation, and THEY CALLED FOR THE REVOLUTION, Myself wanting of change I wrote the CD Change this World * for the Change This World Project for the children, homeless, and the elderly. We offered help regardless of age, Gender, Color, or religion, in this time James Brown wrote a freeing song "I'm black and I'm proud", proud not just of who we are as black people, but as A children of God, Dreaming of a chance for us all to hold hands, hug each other as United People, People of all Age, Race, Gender, and Nationality, came together and THEY CALLED FOR THE REVOLUTION , and I saw with my own eyes the war and destruction, deception, to the nation and the world and its people, and from me the song the Whoto Man* who set the final stage for the people to come together and speak as one people one country and the world joined in, and THEY CALLED FOR THE REVOLUTION and the symbol of the revolution BARACK OBAMA has been called forth, with the final words for the revolution TIME FOR CHANGE, and from me the SONG I HAVE A DREAM* The (Obama dream theme song), a change for love, equality, freedom and togetherness for a better world, and it is THE MAGIC OF YOU CD, and Obama time for change. 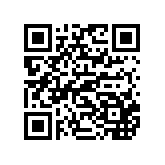 » STATS
Visits: 58,714
Plays: 7,141
Streams: 7,141
Downloads: 0
About Us | Contact Us | Legal Stuff | Business Partners
Support - support@radioindy.com
Copyright © 2006 MikVacch Enterprises, LLC. | Design by Oinkba
Rhapsody is a Registered Trademark of Real Networks. All Rights Reserved.
MySpace is a Registered Trademark of MySpace.com. All Rights Reserved.
Napster and the Napster logos are trademarks or registered trademarks of Napster, LLC.