After scoring songs on dozens of albums by other artists and spearheading the bands Home Groan and HGH, Martin Hagfors has created a modern classic.

Arranged and produced by Lars Horntveth of Jaga Jazzist and The National Bank fame, Men And Flies proves to be one of the most fruitful collaborations heard in years. Elaborately orchestrated and powerfully executed.

Home Groan is an exceptional live band and Martin Hagfors’ solo incarnation Groan Alone has been a favorite opening act for the likes of, Richard Thompson, Lucinda Williams, Ani Di Franco and the late Elliot Smith.

Home Groan’s Martin Hagfors is a prolific song writer and his skills have been utilized by numerous artists. His recent collaboration with the Jaga Jazzist/Thomas Dybdahl off-shot: The National Bank proved to be both commercially and artistically successful cumulating in a Norwegian Grammy and the song, “Tolerate” being honoured as song of the year by BMI/ASCAP affiliate: TONO. 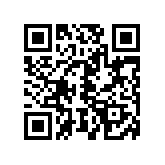 » STATS
Visits: 25,943
Plays: 2,057
Streams: 2,057
Downloads: 0
About Us | Contact Us | Legal Stuff | Business Partners
Support - support@radioindy.com
Copyright © 2006 MikVacch Enterprises, LLC. | Design by Oinkba
Rhapsody is a Registered Trademark of Real Networks. All Rights Reserved.
MySpace is a Registered Trademark of MySpace.com. All Rights Reserved.
Napster and the Napster logos are trademarks or registered trademarks of Napster, LLC.