Rusty Rierson is a native of Southeast, KS. (El Dorado.) Growing up on the family farm he fell in love with agriculture and pursued the degree at Kansas State in Ag. Econ. Graduating in May 2008, Rusty is currently attending graduate school at K-State in Animal Science in Management.

Rusty got into music when he was 14 years old. He started singing in church and soon it became a passion. He learned guitar when his father, Roger, suggested that they take lessons together. Three months later, Rusty's dreams exploded. He knew singing was what his life was meant to be about.

In 2005, Rierson won the state wide "YF&R talent find contest" hosted by farm bureau and performed at the Kansas State fair where he is annually invited back. In 2007 Rusty won the "Colgate Country Showdown" at the state level and placed in the top 15 nationally. He competed again at state in 2008.

Rusty's New album, "Till the Fat Lady Sings" is a project he finally finished in Sept. 08. This was a project Rusty started 7 years ago, when he was 16. There are a number of songs he wrote, and co-wrote and a few written by friends and fellow musicians/writers.

Check out "Till the Fat Lady Sings." Also listen to "Hey Hey Hello" and "Green With Envy." There is something for everyone who enjoys country.

For more info, pictures, and concert dates check out rustyrierson.com 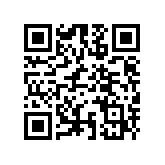 » STATS
Visits: 19,216
Plays: 2,589
Streams: 2,589
Downloads: 0
About Us | Contact Us | Legal Stuff | Business Partners
Support - support@radioindy.com
Copyright © 2006 MikVacch Enterprises, LLC. | Design by Oinkba
Rhapsody is a Registered Trademark of Real Networks. All Rights Reserved.
MySpace is a Registered Trademark of MySpace.com. All Rights Reserved.
Napster and the Napster logos are trademarks or registered trademarks of Napster, LLC.