Artist History
The swedish, Gothenburg based Soul duo no one, Paul Mac Innes & T.B.O.I. now make their self titeled album available worldwide. This album expresses their love for soulful music and the result is their very own soulful sound, carrying influence of Jazz, Hip Hop and RnB.

(Although they have been likened to acts ranging from Steely Dan to Bilal, Amp Fiddler and Curtis Mayfield.)

The new international version of the album contains three bonus tracks. One a remix by Gothenburgs own Beatr8. The album was previously released in Japan only, through p-vine records (2007).

The album is available digitally through downloadstores such as iTunes, Napster & Amazon.

The physical CD will be available to order on Cdbaby.com (super d distribution), juno or straight from the artist at the website and myspace.

Paul and T.B.O.I. have been heard and featured on projects such as, Gospel legend Andraé Crouch, Swell Session, Ernesto, Stray, Little

Dragon, the Soul togetherness compilation, Georgie Fame an much more. Paul is right now being featured on the Bamboos side-stepper album (truthoughts) aswell as on  , Bennsons, Let the love album (rawfusion). 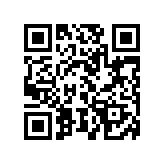 » STATS
Visits: 18,358
Plays: 1,248
Streams: 1,248
Downloads: 0
About Us | Contact Us | Legal Stuff | Business Partners
Support - support@radioindy.com
Copyright © 2006 MikVacch Enterprises, LLC. | Design by Oinkba
Rhapsody is a Registered Trademark of Real Networks. All Rights Reserved.
MySpace is a Registered Trademark of MySpace.com. All Rights Reserved.
Napster and the Napster logos are trademarks or registered trademarks of Napster, LLC.