Stevan Pasero is recognized worldwide as one of the most influential & versatile guitarists of the past two decades. He has transcribed 30 major symphonic works, performed on over 300 CDs, produced 1000 masters for other artists (many of which are featured in this website), & composed over 1500 songs. He is one of a few guitarists to record in several music idioms successfully, bridging both classical, jazz & world markets. Fans and critics say that Stevan Pasero ((www.stevanpasero.com) is one of the music world’s best kept secrets, even though his CDs have sold cumulatively more than 15 million copies around the globe. His music is found in over 70 countries worldwide.

In addition to his own projects, Mr. Pasero is in high demand as music producer and has produced numerous recordings for notable artists. He has also produced music for some of the most brand-conscious companies in the world including a series of 20 CDs for the National Geographic Society, as well as Sharper Image, Pottery Barn, Hewlett Packard, Tommy Bahama, Hard Rock Café, Discovery, Kimpton, Banana Republic, Starwood, to name just a few.

Last year, Stevan released Jambossa - a fusion of jazz, bossa nova, rhumba, flamenco, tango and classical styles. The track selection highlights memorable jazz and pop standards yet with a twist that has not been heard before due to his virtuoso finger style. According to Stevan Pasero: I have been looking forward to arranging songs in a way that combines several of my favorite music genres (jazz, Brazilian, rhumba, pop) while utilizing specific finger style techniques (classical, flamenco, tango). It is called mashing, or at least that is what I call it. It was really fun in the studio to mash right hand techniques that I have studied through the years (rasqueado, apoyando, libre, arpeggio). On this recording, Mr. Pasero chose to arrange songs from a variety of genres: bossa nova (Black Orpheus, How Insensitive, Dindi); jazz standards (Georgia, Unforgettable, What a Wonderful World); tango/rhumba (Besame Mucho, Boulevard of Broken Dreams); classical (Carmen, Gymnopedie); and pop (Moondance, Stairway to Heaven). This CD showcases the best of both worlds for guitar lovers and fans of Stevan Pasero: a memorable selection of songs framed by exhilarating, flamboyant guitar performances and unforgettable trio arrangements. 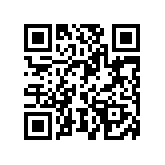 » STATS
Visits: 24,046
Plays: 1,590
Streams: 1,590
Downloads: 0
About Us | Contact Us | Legal Stuff | Business Partners
Support - support@radioindy.com
Copyright © 2006 MikVacch Enterprises, LLC. | Design by Oinkba
Rhapsody is a Registered Trademark of Real Networks. All Rights Reserved.
MySpace is a Registered Trademark of MySpace.com. All Rights Reserved.
Napster and the Napster logos are trademarks or registered trademarks of Napster, LLC.