Greg Cagle and Rick Nash both grew up in the town of Concord, NC back when it was hip to listen to cats like James Brown and Otis Reading and Wilson Picket. They actually crossed paths for the first time at the young ages of 15 & 16 respectively. Back then they called them “basement” bands. Doug & the Soul Review, the Tamrons, Then there were the serious bands like Sugarcreek where both Greg & Rick worked on a couple of different occasions. Sometime along the way Cagle lured Nash to UNC-Charlotte where Cagle went for Theater stuff and Nash was chasing that Music Composition dream
Cagle continued to build his catalog of original material and honing his composing and arranging skills while Nash went on to study studio recording and production under non other than Mark Williams, Engineer on projects of R.E.M, Don Dixon, James Brown fame while pursuing his day gig as Marketing Manager for a B2B manufacturer in the Charlotte area. Cagle and Nash still kept in touch on a close friendship level but were not afforded the opportunity to write and record together again until . . .
Fast-forward to Late December 2007 when musical fate has brought Cagle & Nash together again for the best effort yet. Nine months of working on arrangements of 11 songs that are almost each and everyone a “single” release in their own right, has wrought a project of 11 songs about love and love lost and love found entitled “Soul Complete”:
This album is about as soulful as they come and will show you influences as varied as Donald Fagen (and Steely Dan), Michael McDonald, Marvin Gaye, John Legend, Michael Buble. And with guest appearances by Robyn Springer and Di Yonna Mitchell you are going to hear some Mysa, Dion Warwick and Roberta Flack influences. Bottom line is this could be one of the most talked about new releases in the Soul genre a long time. It is classic soul without being dated. Fresh and exciting yet soulful and singable. And most definitely danceable. 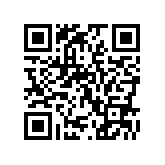 » STATS
Visits: 27,411
Plays: 1,676
Streams: 1,676
Downloads: 0
About Us | Contact Us | Legal Stuff | Business Partners
Support - support@radioindy.com
Copyright © 2006 MikVacch Enterprises, LLC. | Design by Oinkba
Rhapsody is a Registered Trademark of Real Networks. All Rights Reserved.
MySpace is a Registered Trademark of MySpace.com. All Rights Reserved.
Napster and the Napster logos are trademarks or registered trademarks of Napster, LLC.