Crossing the thresholds of two very different musical cultures, Jeremy Moyer is a Shanghai based composer and multi-instrumentalist who has studied traditional folk music from the Cantonese and Taiwanese traditions with Zhang Shi-dong in Taiwan and with Yeung-Yee Lee in New York City and studied Erhu with Zhou Derong and Zhou Hao in Shanghai. His first CD ‘A Discovery of Chinese Folk Tunes’ features rarely heard traditional folk songs from Taiwan and the south of China played on Coconut Shell Fiddle, Pipa Lute, and a variety of percussion instruments. Music from the CD was included in the 2004 documentary film, ‘Naruwan, Welcome to Taiwan’ broadcast on PBS.

Moyer also composes contemporary music and regularly collaborates with other artists. In 2003, he was awarded a research and creation grant from the Quebec Arts Council (Canada). In 2005, the CD, ‘George, from Athens to Beijing’, co-produced by Moyer, was nominated for Best World Music at the Canadian Folk Music Awards and Moyer’s original songs and erhu improvisations were featured in the award-winning W5/CTV/ BBC international television documentary ‘Chairman George’. In 2007, Jeremy Moyer’s ‘Special Song’, co-written by Na Lei, was selected as one of three official theme songs for the Summer Special Olympics in Shanghai.

‘MANGOES, Musical Shorts Volume 1’, Moyer’s latest cd, is an eclectic collection of short, original, instrumental pieces showcasing his aptitude and spirit as a composer and performer in a wide range of folk-based and contemporary styles ranging from meditative gong music and erhu smooth jazz to groovy hand drumming and raw folk fiddling. The album was recorded in Moyer’s attic studio in a 100-year-old courtyard house in the village of Zhujiajiao, near Shanghai and it was mixed and mastered in Canada by J. Richard Hutt.

With a few exceptions, Moyer plays all the instruments on his recordings. He plays several varieties of ‘huqin’ - the Chinese two-stringed fiddle - including erhu, gaohu, yehu and kezi xuan. He also plays acoustic guitar, bass, a variety of Chinese and western percussion instruments; and occasionally he sings. 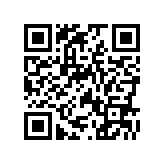 » STATS
Visits: 15,097
Plays: 604
Streams: 604
Downloads: 0
About Us | Contact Us | Legal Stuff | Business Partners
Support - support@radioindy.com
Copyright © 2006 MikVacch Enterprises, LLC. | Design by Oinkba
Rhapsody is a Registered Trademark of Real Networks. All Rights Reserved.
MySpace is a Registered Trademark of MySpace.com. All Rights Reserved.
Napster and the Napster logos are trademarks or registered trademarks of Napster, LLC.