MoG dates from late 1993. MoG is a word, in some traditional languages and folklore that is said to mean shape shifter or shaman.

MoG was formed from numerous bands of various styles from Massachusetts, New Hampshire and Rhode Island. They recorded 5 CDs to date... "Hollis Crossing Live" EP (1993)... "Herman Says Play" LP (1995)... "too fisted" EP (1996)... "Bizarre Medical Experiments" LP (1998)... and "Before It's Gone" LP (2010). MoG has recorded at the legendary Blue Jay Recording Studios outside Boston, MA, Berklee College of Music in Boston, and at S-Cubed in Providence RI. Their final mixes were all mastered in NYC by Vlado Meller at Sony and Universal Mastering.

MoG enjoys recording at the legendary Blue Jay Studios in Carlisle, MA., just outside Boston (clients included Billy Joel, Genesis, Aerosmith, Boston, Alice Cooper, Carly Simon, Roy Orbison, George Thorogood, etc., etc. en.wikipedia.org/wiki/Blue_Jay_Recording_Studio ). The final mixes were all mastered in NYC by Vlado Meller at Sony. Vlado has mastered artists like Streisand, Bolton and scads of others. His ears are considered among the best in the business.

Some of MoG's highlights include...opening for both Eddie Money and Foreigner, in 1997 and 1998 respectively, at the Hampton Beach Casino in New Hampshire... playing Locobazooka as one of the featured bands in Worcester in 1998...showcasing in NYC at the Spiral Lounge and Mama Kin in Boston, and coordinating multiple fund raising concerts. They also played at the Boston Music Awards/ NEMO Showcase in 1998. They were also known as the unofficial "house band" for various Hard Rock Cafes in NYC, Montreal, Boston, Washington D.C., and Niagara Falls. MoG received Boston, national and international airplay. They were also reviewed by numerous music publications around the U.S and appeared on various national compilation CDs.

MoG is comprised of Kris Bruno on vocals, djembe/percussion, occasional drums, and is a Systems Engineer; Bob Schlink, who joined in 1994, on guitar, Viotar™, 12 string guitar, vocals and is a teaching Professor at Berklee College of Music in Boston; and Bob's son Rob. who joined in 1997, on acoustic/electric lead and rhythm guitar and, now, is a practicing Entertainment Lawyer. Kris, Bob and Rob compose of most of MoG's music.

MoG is still active in the studio and the new CD, "Before It's Gone," is a selection of their previous recordings with a few tidbits thrown in, along with some new tunes, one turning out to be the Crosby-Nash cover of "Immigration Man."

Incredibly, Bob Schlink holds a patent (1992) for the Viotar™, a cross between an electric guitar and a violin. This unique 40-fret instrument is played with a bow and according to one rapturous review, "swoops and dives with the agility of an exotic, electronic bird." Schlink, a teaching Professor at the prestigious Berklee College of Music in Boston, is an extraordinary musician who invented the Viotar™ on a whim. While listening to classical music one afternoon, he decided that he wanted to add a violin-like sound to his music without having to learn a new instrument. He was able to modify an electric guitar to achieve this goal. No other instrument sounds or looks quite like the Viotar™ ! It has been described as "a baseball bat with strings." Bob has appeared on U.S. and British TV Talk/Information shows including the BBC with the Viotar™. The following link will give you a better idea of what the Viotar™ is all about:

The link is from an archiving service called The Way Back Machine (web.archive.org ) and not all archived links will actually work, but enough of them do so you can get an idea of what the Viotar™ looks like.

And, yes, there is a music/social website called Mog.com which is now unrelated to the band. Mog.com was the band's original website, but an offer that couldn't be refused resulted in MoG selling it to the owner of GraceNote.com back in 2006.

MoG lives...welcome back to the ongoing journey ! 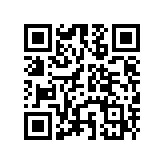