Kashief Lindo was born, lived, and nurtured in an environment dedicated to the creation of music. His father Willie Lindo produced and wrote some of reggaes most popular songs, for artist such as Beres Hammond, Dennis Brown, Maxi Priest to name a few. Willie took his son Kashief to the studio almost every day from his birth.

One day Willie and Beres Hammond were in the studio recording for about 12 hours, while four year old Kashief sat and watched patiently, as the two geniuses worked. On their way home the idea for one of Beres's popular songs was born, and they played with the melody in the car until they got to their destination, they knew they had a hit, so they decided to record the song the following day, unfortunately as it often happens, neither Beres or Willie could remember the melody of the song, they tried tirelessly but could not get it, when they had all but given up they heard four year old Kashief humming the melody quite nonchalantly, at that point they realized that this young boy was someone special.

Beres Hammond insisted that Willie Lindo record Kashief, thus at the age of four, his first recording, "Live with Love". Although Kashief is highly influenced by the great Reggae Balladeers, he grew up listening to his personal C.D. collection, which includes, R&B, Hip Hop, Latin, Country, Pop, all genres of music. His voice has been described as a cross between Stevie Wonder, Sam Cook, and Michael Jackson, all mentors of Kashief. Coincidentally Michael Jackson and Kashief are both born on the 29th of August.

Kashief Lindo's first album entitled "Trouble Free" swept the charts in the United States, Europe and Japan. This album features his remake of a Jimmy Cliffs classic, "Many Rivers to Cross" a rendition that brought rave reviews. He has subsequently released six other albums, "Push For Your Goal" and album targeting young children, motivating them towards educational upliftment. "Soul and Inspiration", What Kind of World", "Kashief Sings Christmas", and his first all original album "We Need Love" which demonstrated Kashief's writing and production skills. His album "Solid Soul" is a collection of soulful ballads paying tribute to soul music. When asked why he chose to do an all ballad C.D. Kashief replied, "Through the years I have learnt that to be good at your craft you must pay close attention to others that have mastered theirs. So, from Nat King Cole to Michael Jackson, I have listened, studied, pondered, and sometimes mesmerized by their amazing gift. As a Reggae Balladeer it is normal to cover R&B songs while demonstrating our pulsating reggae rhythms, but I felt the need, the desire, almost an obligation to pay tribute to soul music, by covering some of my favorite songs, with the same soulful, rhythmic delivery that they were originally done in. So my gift to you sixteen of my favorite ballads, which I hope are some of your favorites, that you can share with your favorite person" "Solid Soul". To date Kashief has a total of 11 albums to his credit the last 2 being “Keep On Keepin On” which include songs such as “How Can We Ease The Pain”, “Paradise Jamdown (remix)” and  “Send Me Your Love”; “Outtake Album” that has songs such as “Is It All Over Now”, that is currently No. 1 on Reggae Charts in South Florida, “All In Love”, “Human Life” and “Music is a Part of Me”

Kashief has matured into a complete artiste. At his young age he now has the skills of a seasoned veteran. Kashief is a laid back and humble person, but when he touches the stage he transforms into an illustrious performer. In 1998 the Tamika Awards presented Kashief with the award "Best Male International Singer". The 1999 Reggae Soca Music Awards bestowed the honor of "Album of the Year" for the work "We Need Love".

Kashief Lindo is an exceptional vocalist, musician and producer, but additionally, he exhibits exemplary character. He greets everyone with a smile and a positive word. Kashief spends most of his time in the studio with his father Willie Lindo, not seeking fame, not seeking fortune, but making a positive contribution to the world with his music, and in so doing he will achieve fame and fortune. Kashief lives by his convictions, and will not produce or be a part of anything negative or derogatory. So he continues to live his life trouble free. 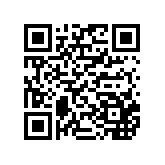 » STATS
Visits: 13,862
Plays: 302
Streams: 302
Downloads: 0
About Us | Contact Us | Legal Stuff | Business Partners
Support - support@radioindy.com
Copyright © 2006 MikVacch Enterprises, LLC. | Design by Oinkba
Rhapsody is a Registered Trademark of Real Networks. All Rights Reserved.
MySpace is a Registered Trademark of MySpace.com. All Rights Reserved.
Napster and the Napster logos are trademarks or registered trademarks of Napster, LLC.