James Lee has been writing songs since his late teens in the mid-80's. Playing drums at first with a few covers bands including an Australian Bush-Folk/Rock band with his uncle and late-father.
It was when a friend loaned James a Korg Poly800 synth and a 4 track recorder that he started to experiment with writing music. In the late 80's James met up with guitarist Mark Southeron (now Tokyo507) and they together discovered the power of midi and sequencing which eventually led them to singer Hayden Turner and the band 'Field of Mars' was born.
Field of Mars, although short lived, was building quite a fan base and was catching the attention of industry heavy-weights at the time.
After the break-up of F.O.M. James went back to drumming for a while until he was at a family gathering one afternoon in about '95 and heard his younger brother Sean singing.
James knew Sean played guitar and played in bands but he had no idea that he could sing so well.
A proposal was put forward to record an album together. So James went back to his studio and wrote 3 new tracks and re-wrote 3 F.O.M. tracks for the project.
This was the birth of Ice Jupiter Groove.
The 6 song cd was released under the Nu-Town label in 1995 and was promoted via the (very new) internet by James and Sean. To their amazement it was getting a lot of airplay on the east coast USA and the email orders started pouring in. A tour of the states was starting to be organised but due to a lack of finances at the time it never eventuated.
In late 2011 James uploaded a few of the old songs on Jango radio, just for a bit of fun. He wasn't expecting much of a response to these old songs and was somewhat surprised to see over 500 fans in the first week!
This encouraged him to get the studio up and running again, make a phonecall to Sean and start writing and recording some new tunes.

They are currently recording their new album 'FACES IN THE STREET' at Studios301 in Sydney and hope for a Feb/March release.
With all going well a tour of the U.S. will be planned for mid-2012 where they'll play the Ice Jupiter Groove style of energetic shows.

Ice Jupiter Groove Blog
"New Single- Nothing Ever Happens" Reiewed by RadioIndy.com
Check out some sounds from down under
Feeds 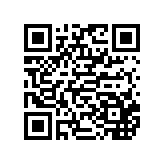 » STATS
Visits: 21,698
Plays: 1,177
Streams: 128
Downloads: 1,049
About Us | Contact Us | Legal Stuff | Business Partners
Support - support@radioindy.com
Copyright © 2006 MikVacch Enterprises, LLC. | Design by Oinkba
Rhapsody is a Registered Trademark of Real Networks. All Rights Reserved.
MySpace is a Registered Trademark of MySpace.com. All Rights Reserved.
Napster and the Napster logos are trademarks or registered trademarks of Napster, LLC.