Introduction: About JJacob in general

JJacob or Jacob Marris based in Athens-Greece had never received any kind of formal music education. Since his youth he was swayed by the electronic music of Vangelis and Jean Michele Jarre and had an opportunity to experiment on a cheap mid 80s Casio synth. It was by that time as a teen when he formed with some friends a high school rock band and jammed around at parks, parking lots and basements. Never the less and because of his lack to perform live he became the band's singer and lyric writer. In 1992 and during his studies at a film school in direction and film making, he produced his first short feature movie for which he also wrote the music score on that Casio synth and recorded it at a home cassette recorder... that would all be his experience with music. As he continued with his film studies and his upcoming career in the local show biz, all his experimentations in music were left behind.
After almost 15 years and in the age of 35 he got back to music... it was early summer of 2008, at a home studio initially built for video editing with out the proper equipment for music production, he started again to make music working on a computer music production software based on VST instruments but without using loops or preset patterns.

As a hobby and an alternative personal outlet, going out public was beyond any realistic prospect at that time, however and track after track he got some encouragement from his family and friends and decided to proceed with a professional sound engineering process in order to improve the outcome of his work. A risky and expensive choice for a lone amateur “Musician”, but it was by that time that the actual idea to go out public and produce a complete music album started to mature.
In December of 2009 and under his new born independent music label Veiron Audio and Visual Productions, the project titled “LTP Learning to play” entered together with Co producer and mixing sound engineer Kostas Mouroulis the studio.

He was born in 1973 in Addis Abba, Ethiopia, the son of Greek immigrants. In 1986 he permanently moved to Greece where he finished high school.

In 1994, while he was serving his military service, he graduated from Stavrakos School of filming and television, with major in film direction. Consequently, he was admitted in educational institutes and Universities in the USA and the UK in order to pursuit postgraduate studies. However, an unexpected family obligation did not allow him to realize this prospect as he had to undertake the family business, an import company specializing in the sector of industrial tools and machinery (1994-1997).

In 1997, an opportunity appeared that allowed him to get into the TV industry, where he started as a producer for public television. After taking part in TV films and the film “Eternal Student” by Vangelis Seitanidis (2000, Greek Film Center – AXELERE SA), he also got involved with private television.

He worked closely, as a director, with the biggest local production companies and he kept undertaking several projects, while at the same time he started bestirring in the sector of film editing, advertising and independent production.

In 2009, along with his wife Anna, he founded Veiron Audio and Visual Productions, a versatile company bestirring in a wide range of subjects and sectors.

Music is a new chapter in his life. Even though he has no previous experience or studies in the field, in 2008 he started experimenting at his personal home studio.

Great fan of classic, electro music and rock, he started composing instrumental tracks, as a means to express himself, and sharing some of them with friends. Eventually, in 2009, within the framework of the independent record label, he produced his first record, under the name “LTP Learning to play”(Link) signing as JJacob. In December 2009, along with Kostas Mouroulis as his co-producer, the compilation went under full analogical technical treatment so that it is available to all those music lovers who seek for electronic sounds in the instrumental electronic, rock, ambient and new age music sector. 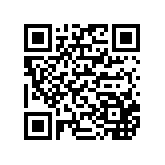