I have been a musician since I was 11 (piano lessons) - more occasionally than continuously. At 16 I learnt bass guitar and occasional guitar (not the other way around as is more usual) & started playing in bands. In the 70s, I joined a new wave band that looked like it might go some of the distance but after a promising start it folded. I don’t know why. At that time, the music business looked like an uncertain way to earn a living and a pretty sure way of starving. So I trained as a teacher, worked in Greece, Oman and Saudi Arabia etc. I kept playing whenever possible, sometimes to supplement income, mostly for the love of it. I got pissed off with having to rely on others to make music – as a bassist mostly has to – so I changed tack and took up guitar more seriously. I became self-sufficient: me, guitar and beat box. Having played jazz standards for 10 years, I adapted other songs to a jazz treatment and found a guitar technique which allowed me to adapt my bass technique to guitar chord playing. As an indifferent soloist, on songs which often consist of only verse and chorus, I had two options: a lot of repetition or write more words. I had always written songs & poetry so it wasn’t hard to start adding verses and sometimes bridges to well-known songs. My partner calls this ‘filling in the gaps’ and criticized my mental laziness in wasting my time on other people’s songs when I could be writing my own. In January 2010 the message went home and I wrote my first original song for 28 years. Having started, I couldn’t stop. This is my first collection of songs. 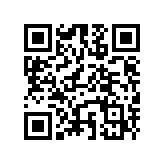